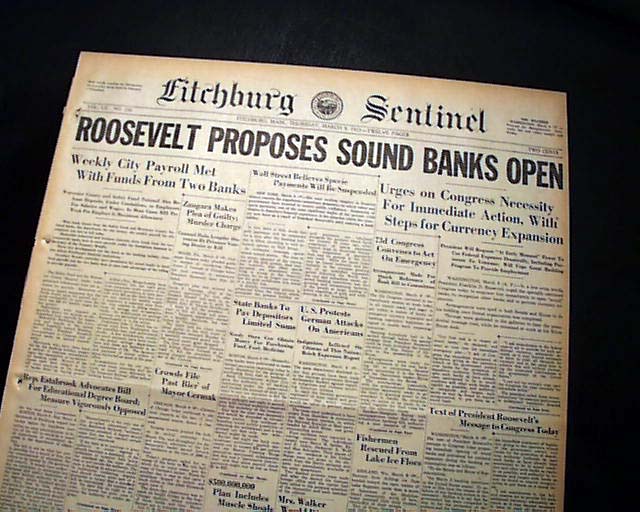 The front page has a nice banner headline: "ROOSEVELT PROPOSES SOUND BANKS OPEN" with subheads. (see) This action would have the desired effect of stopping the panic run on the nation's banks, and happened the day after F.D.R. was inaugurated.
Complete with 12 pages, light toning at the margins, nice condition.

wikipedia notes: : The United States Bank Holiday of the Great Depression took place in 1933 when Franklin D. Roosevelt closed the banks from March 6 to March 10 to keep depositors from bankrupting the banking system by withdrawing all their money. Banks were allowed to reopen when they could prove that the money in their reserves was greater than or equal to the money that had been deposited in. If the banks were unsound they would stay closed or could apply for a government loan in order to keep from declaring bankruptcy.