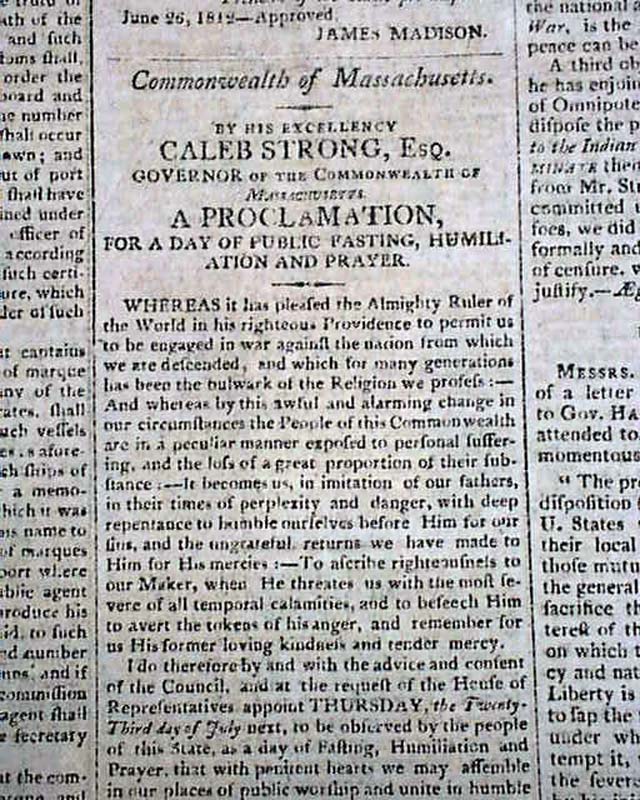 INDEPENDENT CHRONICLE, Boston, July 9, 1812  From the early weeks of the War of 1812 with items including: "War Or No War" "Commodore Rogers" "Privateers Look Out!!!" "General Orders" from the governor of Mass. beginning: "War having been declared by the government of the U.S. against G. Britain..." with more.
Complete in 4 pages and in very nice condition.