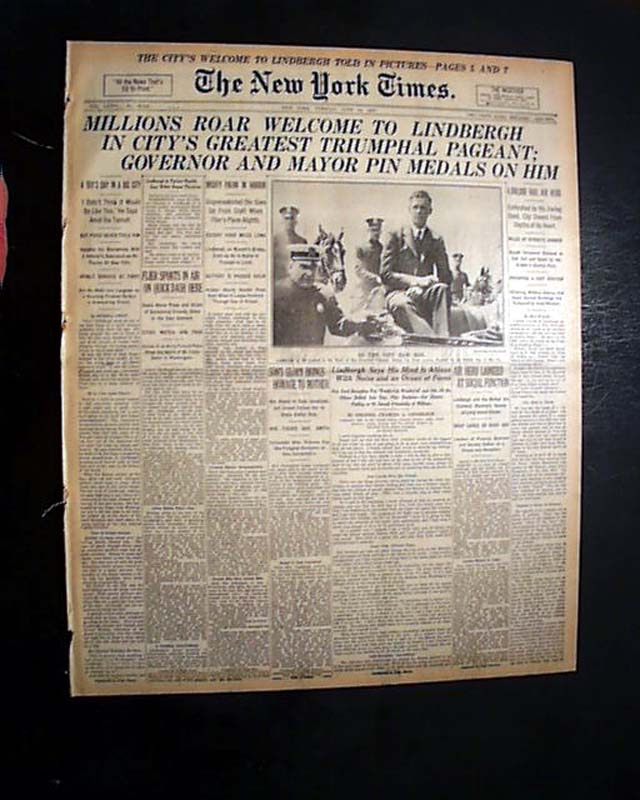 The front page has a great banner headline: "MILLIONS ROAR WELCOME TO LINDBERGH IN CITY'S GREATEST TRIUMPH PAGEANT; GOVERNOR AND MAYOR PIN MEDALS ON HIM" with many subheads and related photo. (see photos) Much more inside, too much to photograph. See photos for some of the content here. A great issue with loads of Lindbergh text and photos from the city where it took place.
Complete with all 56 pages, light toning at the margins, a little irregular along the spine, generally nice.