Home > Back to Search Results > How to Build the Pacific Railroad... Military events just after the Civil War...
Click image to enlarge 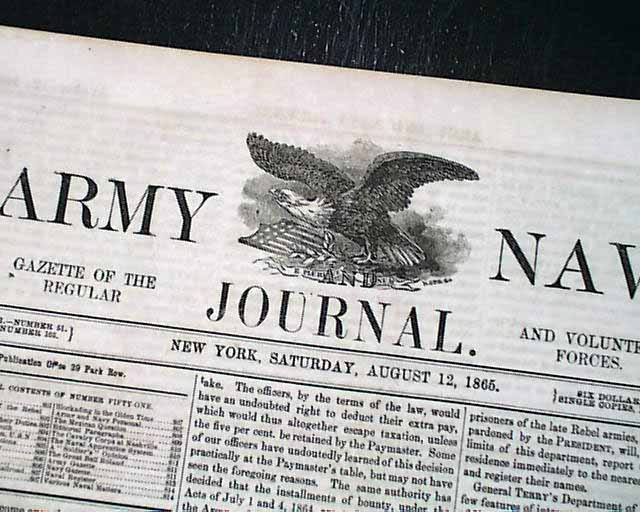 Obviously a military-themed newspaper so all the content is as would be expected, including much on Reconstruction efforts following the Civil War. Among the articles within are: "Military Occupation of the Rebel States" "State of Things at the South" "Thoughts In the Field" "How to Build the Pacific Railroad" "The Cavalry Corps at Nashville" "A Soldier's Opinion" and much more.
Sixteen pages, nice eagle in the masthead, 10 by 14 1/2 inches, nice condition.