Home > Back to Search Results > The Pantheon at Rome...
Click image to enlarge 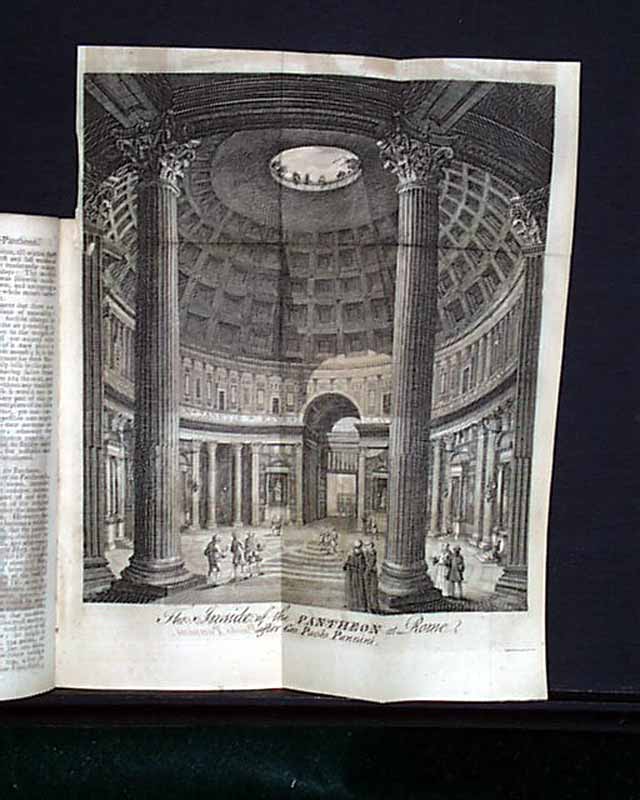 The Pantheon at Rome...

Item # 656877
THE GENTLEMAN'S MAGAZINE, London, August, 1751  This issue features a foldout plate captioned: "The Inside of the Pantheon at Rome" which measures 9 by 11 1/2 inches. A portion of this plate has been previously mended from on the front side. There is a related article titled: "Of the Plate of the Pantheon". There is a very nice full page plate titled: "A View of the Marble Aqueduct over the Valley of Alcantra, two Miles from Lisbon" with a related article (see). Another page has an article on "The Persian Wheel" for obtaining water, with an illustration of it (see). There is an article on: "Three Methods of Embalming" which includes an illustration of an Egyptian mummy (see).
Other items in this issue include: "Method of Making Hard Soap" "Electricity, how Medicinal" "Essay on Earthquakes" "Superior Excellency of Christianity above Paganism" "Account of Minorca" "New Punishments for Male Criminals" and more.
Near the back is the "Historical Chronicle" which has various news reports from throughout Europe. Included is a report datelined: "Charles-Town, S. Carolina" and another headed: "Extract of a private Letter from Charles Town [Charleston]" as well as an: "Extract of a letter from Halifax in Nova Scotia" (see).
Complete in 48 pages with full title/contents page which contains an engraving of St. John's Gate. Wide margins, measures about 5 1/4 by 8 1/2 inches, in very good condition.