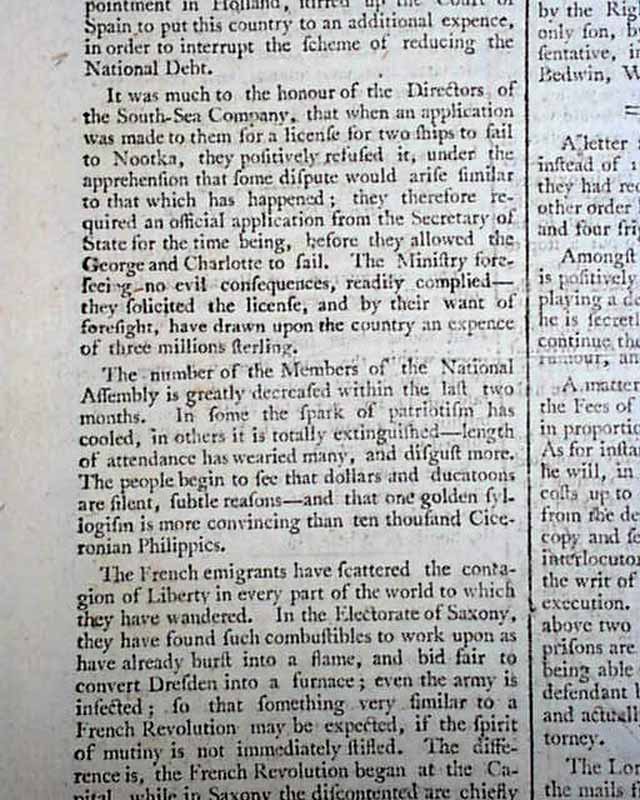 
THE MORNING POST & DAILY ADVERTISER, London, Sept. 25, 1790  The back page has a report headed: "Boxing" which notes in part: "On the fight which to take place...during the ensuing...week between Humphries and Mendoza, betts to a very considerable amount are laid. The odds are much in favour of Mendoza. Odds are also laid that they do not fight at the place or time appointed....". This was one of 3 fights between these two notable boxers.
Daniel Mendoza was a famous Jewish boxer who transformed the English stereotype of a Jew from a weak, defenseless person into someone deserving of respect. He is said to have been the first Jew to talk to the King, George III. He was the British boxing champion from 1792-1795.
Four pages, nice condition.