Home > Back to Search Results > Launch of the U.S. S. Niagara...
Click image to enlarge 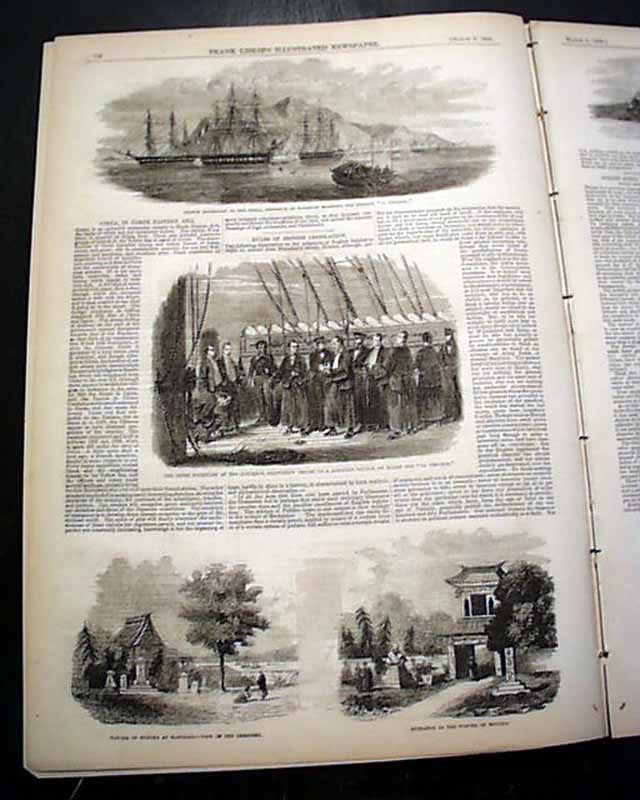 
FRANK LESLIE'S ILLUSTRATED, New York, March 8, 1856  Inside has several prints of "Corea" [Korea]. A great full page print of: "The Niagara as She Appeared Before she was Launched" then also a print of the: "Launch of the U.S. Steam Frigate 'Niagara' ". Print of a street scene in Athens, Greece, & uniforms of the French troops in the Crimean War, and then: "The Pilgrims of Mecca at the Fort of Algiers".
Sixteen pages, nice condition.