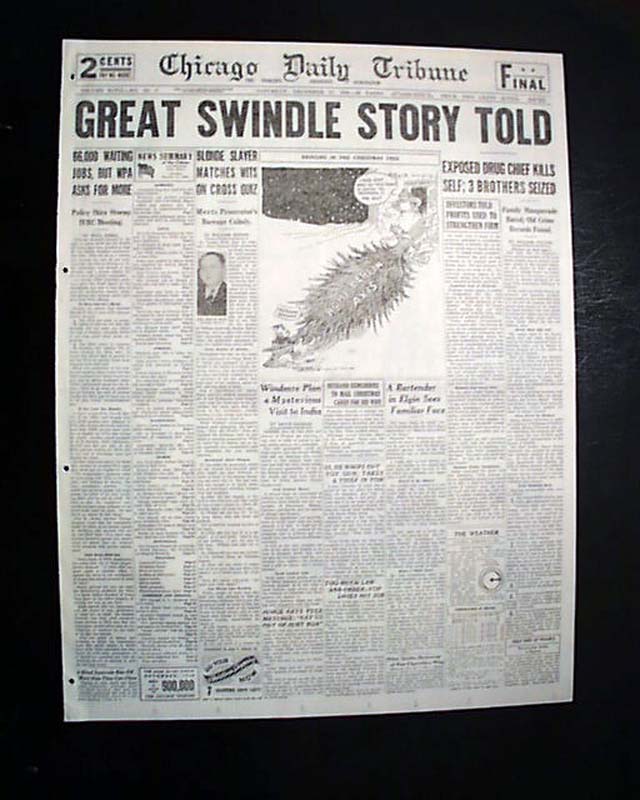 The front page has a great banner headline: "GREAT SWINDLE STORY TOLD" with subheads. Nice for display. More on pages 2 & 3. Full back page pictorial with another banner heading as well. Also nice for display.
Complete with all 30 pages, this is the "rag edition" printed on very high quality newsprint meant for institutional holdings. In great condition as such, a few small binding holes at the spine.

wikipedia notes: Philip Mariano Fausto Musica (1877 – December 16, 1938), also known as F. Donald Coster, was an Italian swindler whose criminal career spanned parts of three decades. His various crimes included tax fraud, bank fraud, and bootlegging. However, he is best known as the mastermind of the McKesson & Robbins scandal of 1938, one of the largest financial scandals ever perpetuated by a single person.