Home > Back to Search Results > Nice account of the Battle of the Wabash...
Click image to enlarge 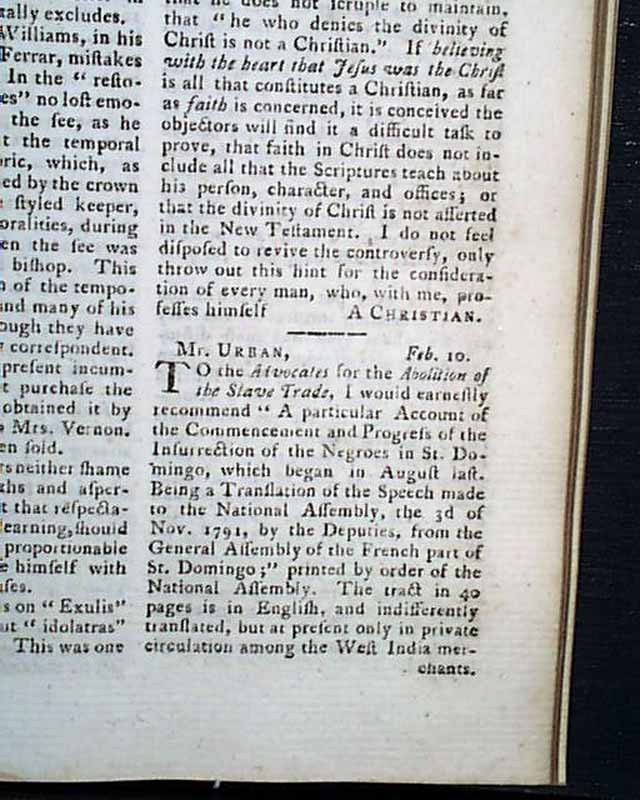 
GENTLEMAN'S MAGAZINE, London, February, 1792  Among the articles are: "Hardy's Translation of the Epistle to the Hebrews" "Publications Relative to the Relief of Roman Catholicks" "Insurrection of the Negroes in St. Domingo" which takes  nearly 4 pages; "Probable Consequences of the Revolution in France" "Proceedings of the National Assembly in France" & much more.
Near the back is news headed: "America" with the prime content being a nice account of the Battle of the Wabash" taking a full page of text.
Included are all 3 full page plates called for.
Complete in 96 pages, full title/contents page with an engraving of St. John's Gate, 5 by 8 1/2 inches, great condition.