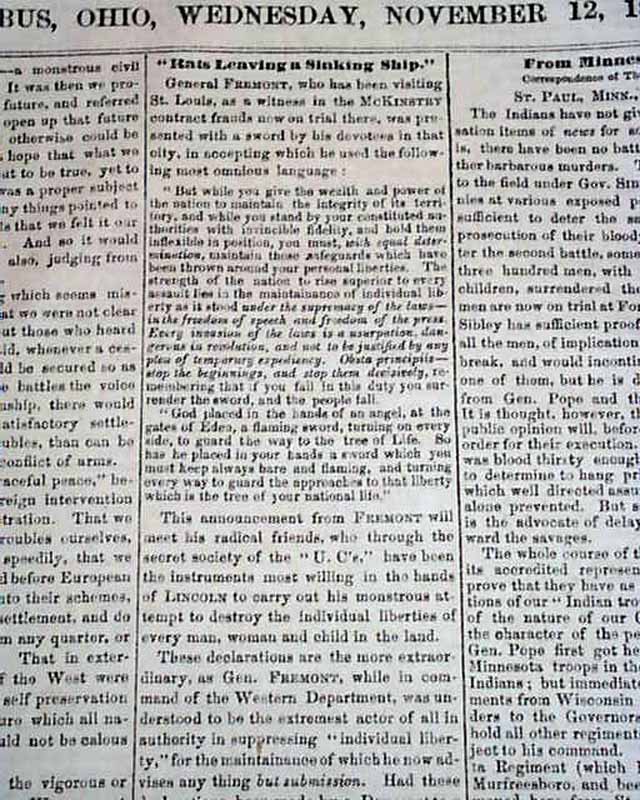 
THE CRISIS, Columbus, Ohio, Nov. 12, 1862  Among the articles within are: "Rats Leaving a Sinking Ship" "Meanness of Abolitionism--How Soldiers are Treated Who Fight for Their Country" "Resistance to Tyrants is Obedience to God" "Letter From Ex-President Buchanan" "War News of the Week"
Eight pages, nice condition.