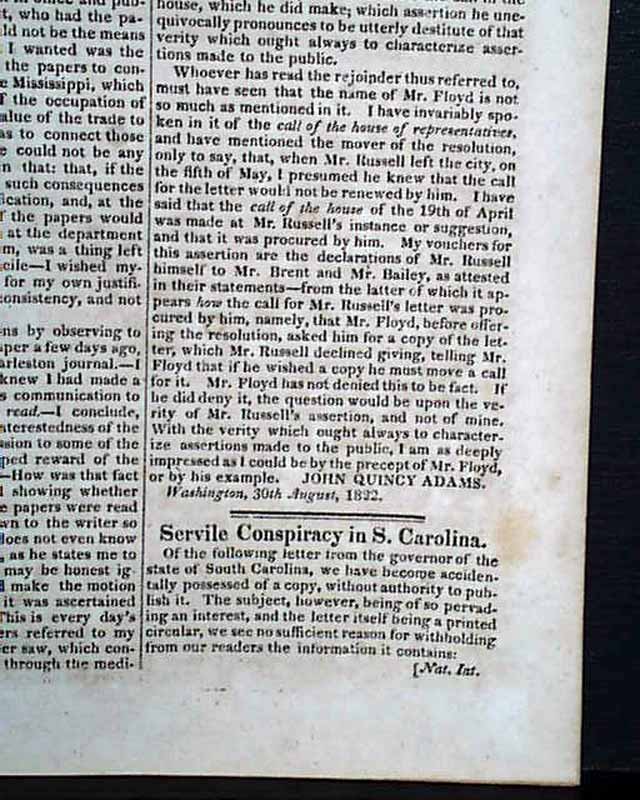 
NILES' WEEKLY REGISTER, Baltimore, Sept. 7, 1822  Pages 9-11 have much regarding Denmark Vesey and the "Servile Conspiracy in South Carolina," which  has a report of the Denmark Vesey slave revolt.
Note: Denmark Vesey was a former slave who purchased his freedom and then planned what would have been one of the largest slave rebellions in the United States. Word of the plans were leaked and authorities at Charleston arrested the plot's leaders before the uprising could begin. During the Civil War Frederick Douglass used Vesey's name as a battle cry to rally African-American regiments.
Also included are nearly 3 pages on the "Slave Trade." See images for details.
Sixteen pages, 6 1/4 by 9 3/4 inches, very nice condition.