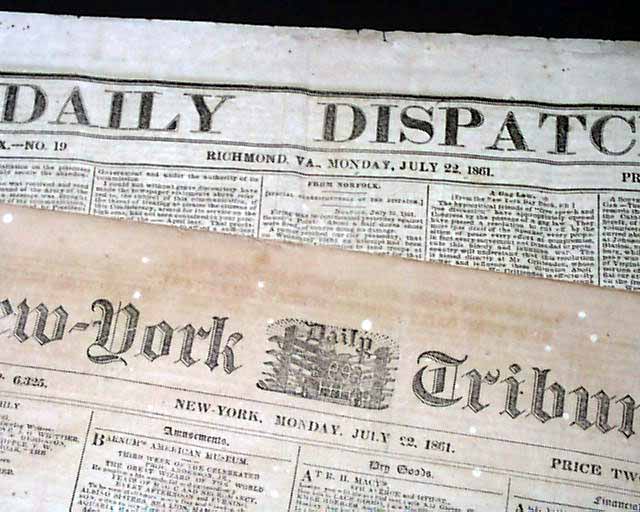 TRIBUNE:  The top of page 3 begins with a nice stack of column heads: "A GREAT BATTLE FOUGHT" "The Batteries at Bull's Run Carried" "Splendid Union Victory" "The Rebels Routed" "Terrible Slaughter" "They Are Driven Into Manassas Junction" "A Death Blow to Secession" and much more. The related reporting takes over half of the page.
Eight pages, even toning throughout, binding slits at the spine, good condition.

Making fun of Missouri and Maryland a...