Home > Back to Search Results > "King Abraham the First"...
Click image to enlarge 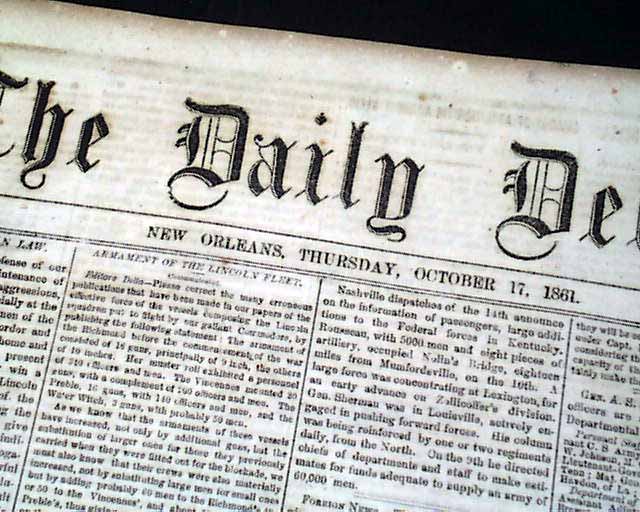 
THE DAILY DELTA, New Orleans, Oct. 17, 1861 Truly Confederate newspapers from New Orleans are very difficult to find, as Admiral Farragut entered the mouth of the Mississippi in mid-April, 1862 and finally took New Orleans on April 28. Shortly thereafter Benjamin Butler moved in and took control of the city, it surrendering without a fight. So "Confederate" issues from New Orleans are limited to those published between Louisiana's secession from the Union on January 26, 1861 and the end of April, 1862, just a brief 15 month period.
Among the column heads on the front page are: "What the Morning Journals Say" with various war reports; "No Lynch or Lincoln Law" "Armament of the Lincoln Fleet" "From Western Virginia" & some other war related items along with ads.
Page 2 includes an editorial headed: "Northern Diabolism From a Canadian View" which begins: "The loathsome contents of the whited sepulchre of Northern politics & morality stink in the nostrils of the civilized world..." with much more.
Also: "The City--Important Intelligence--Capture of New Orleans!--How it was Done!--The Greatest Victory of the War--the Bloodless Results!--Pumpkins for Two!" with a fascinating article on how the northerners would celebrate at such a report (not true), bits including: "The sad & disastrous capture of this great commercial mart...has at last reached the North & is doubtless now flying...all through the dominions of King Abraham the First..." with much more. Very interesting reading!
Page 3 has a lengthy: ""Address of Hon. John C. Breckinridge to the People of Kentucky" signed by him in type, and the bkpg. has some: "River Intelligence" but is mostly taken up with advertisements including 12 illus. ship  ads, and an illustrated "Sale of Negroes" ad.
Four pages, very nice condition, old tape mends at the very bottom margin of pg. 4. 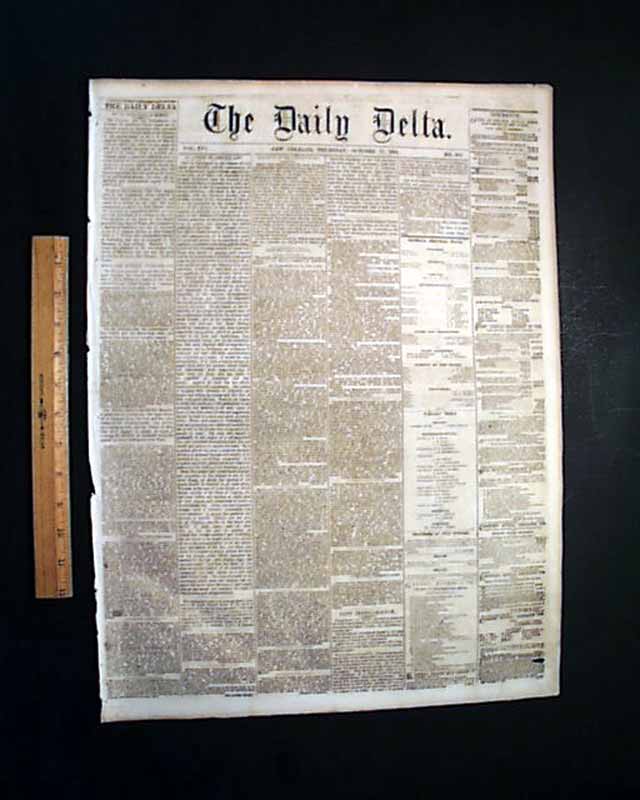 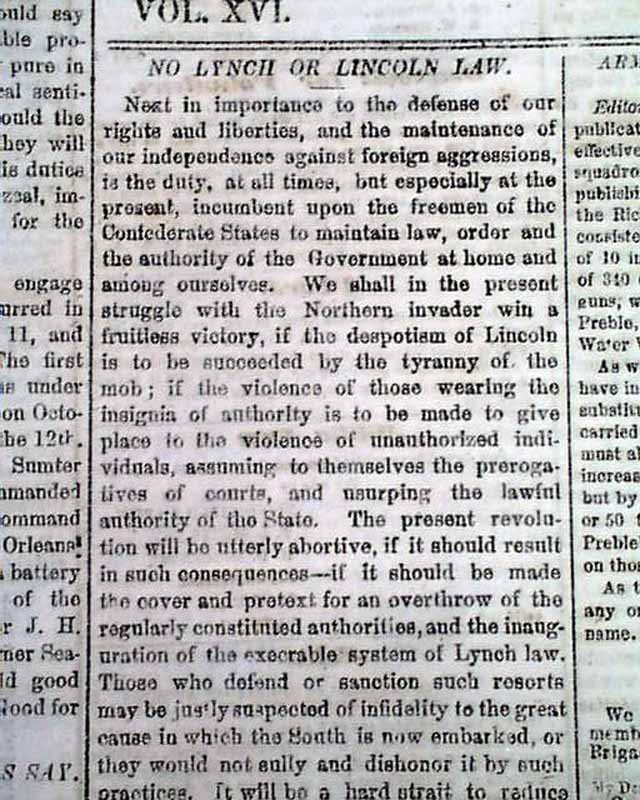 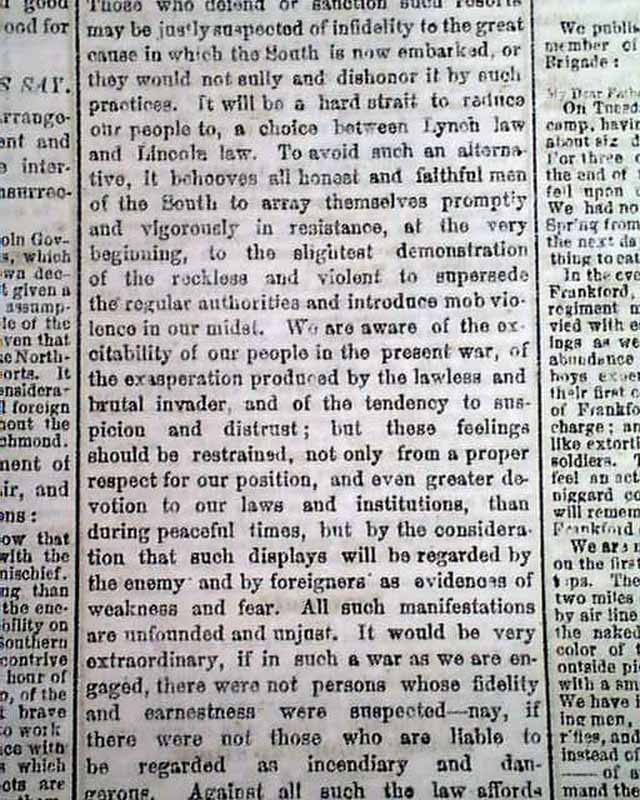 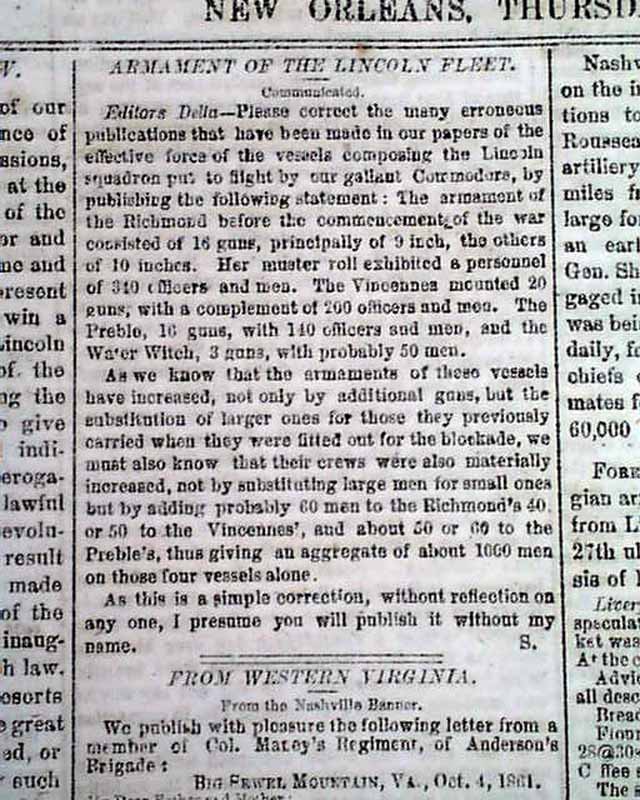 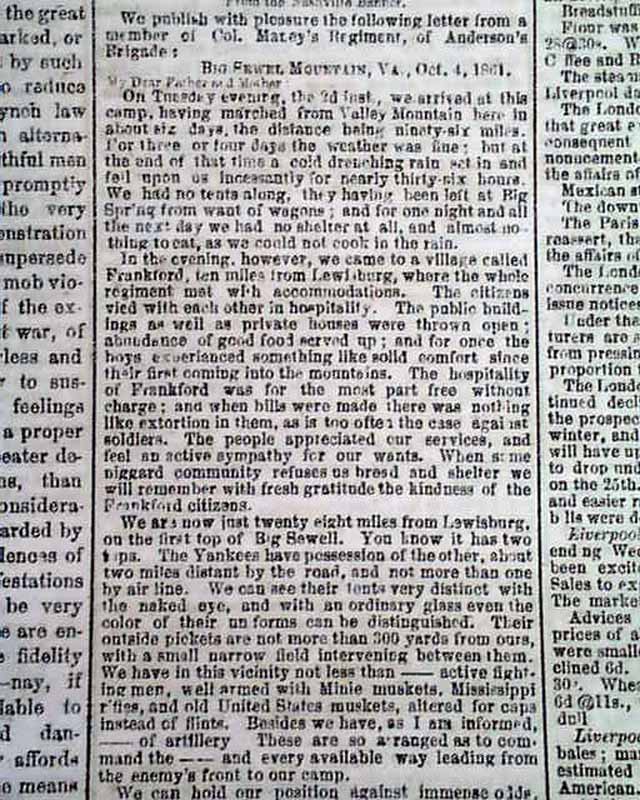 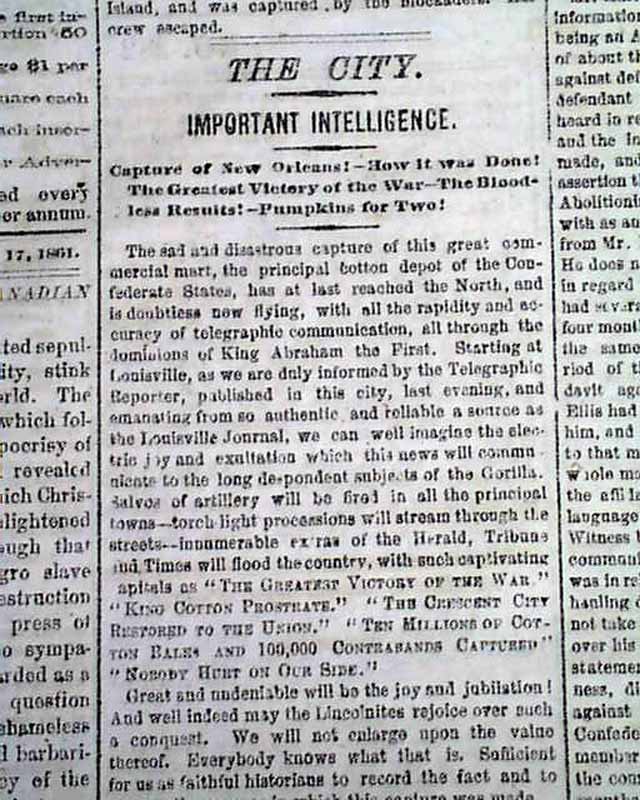 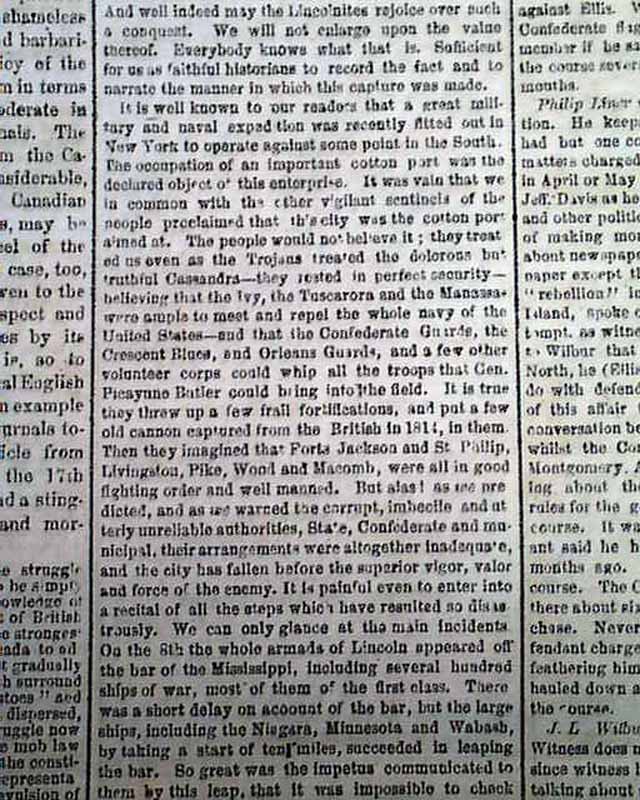 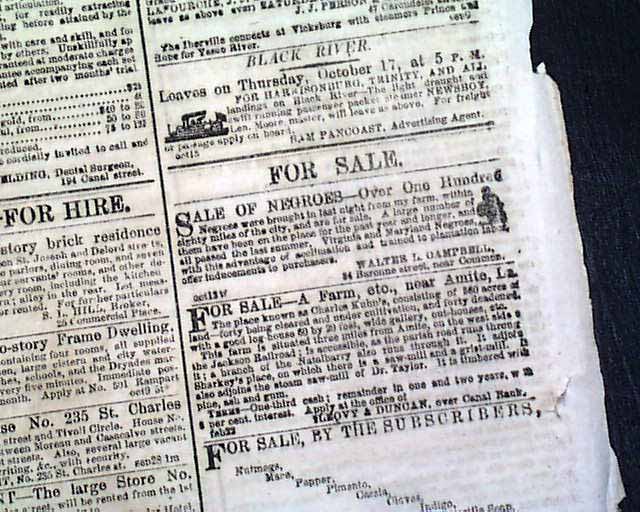 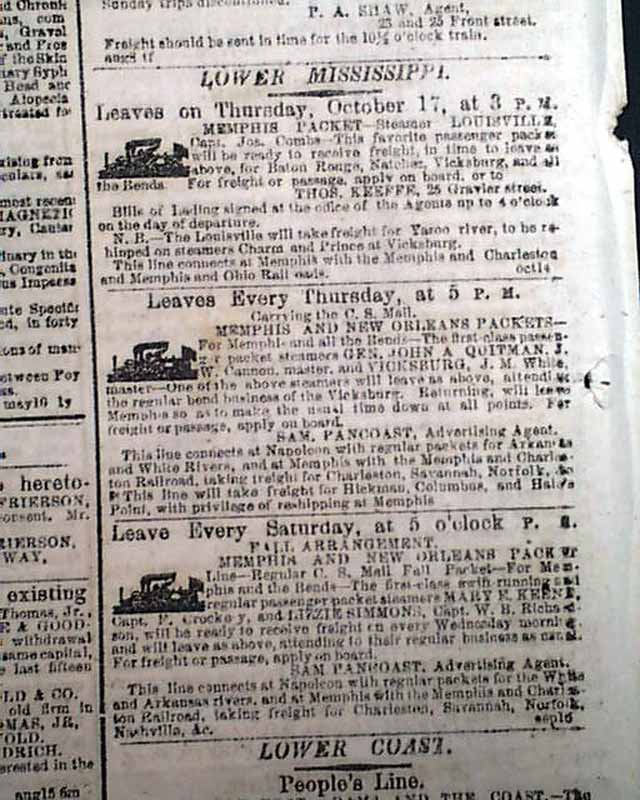