Home > Back to Search Results > Historic Roe vs. Wade decision on the front page...
Click image to enlarge 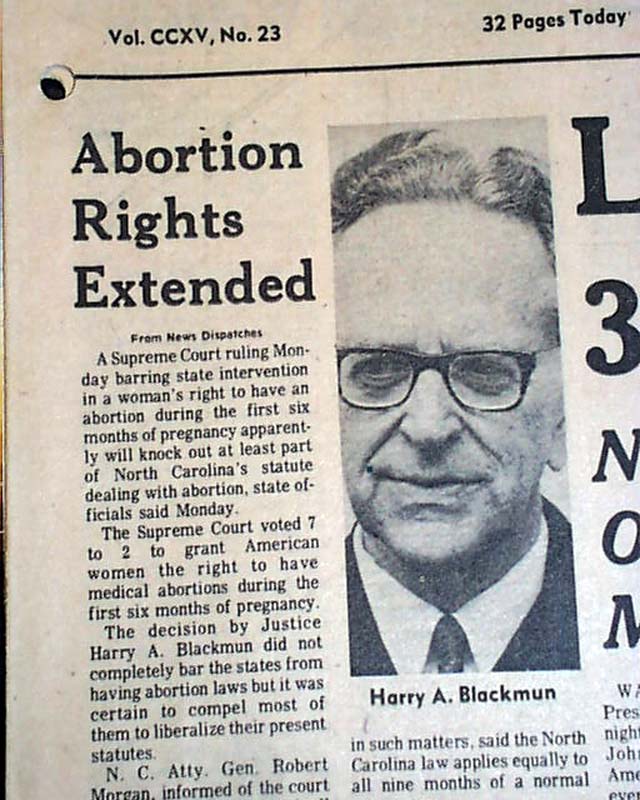 Historic Roe vs. Wade decision on the front page...

The top of the front page has one column heads: "Abortion Rights Extended" which reports on one of the most polarizing Supreme Court decisions of the 20th century: Roe vs. Wade.
The article begins: "A Supreme Court ruling Monday barring state intervention in a woman's right to have an abortion during the first six months of pregnancy apparently will knock out at least part of North Carolina's statue dealing with abortion..."...". Also included is  a photo of Supreme Court Justice Harry A. Blackmun, the author of the decision. The article carries over to page 2.
Complete in 32 pages, small binding holes at the blank spine, very nice condition.