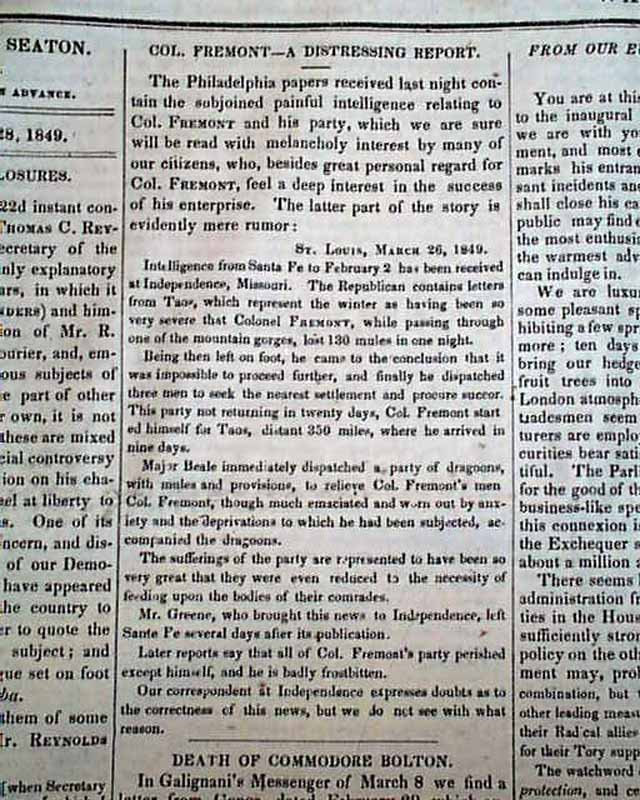 The top of the front page has a nicer account headed: "Col. Fremont--A Distressing Report" which is concerning his fateful fourth expedition in the West during which his party was caught in a snowstorm in Colorado causing loss of ten of his men & 130 of his pack mules. Near the end is; "...Later reports say that all of Col. Fremont's party perished except himself, and he is badly frostbitten."
The ftpg. also has a brief, curious item: "A Yankee transported a couple of hogs to the 'diggins' in California to root for 'the precious ore', and obtained every night from six to eight ounces of gold from their snouts!"
Four pages, several minor archival mends near margins, nice condition.