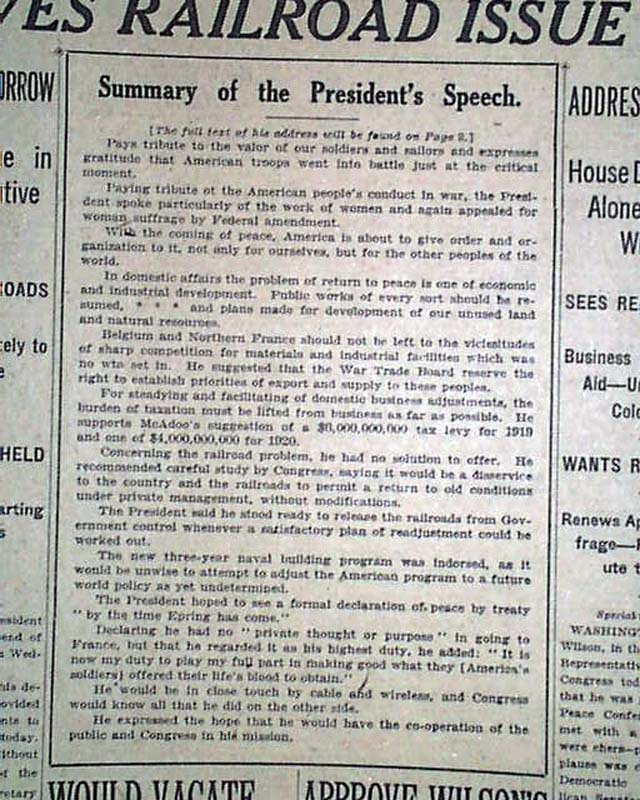 The front page has a three-line, full-banner headline: "PRESIDENT SAYS IT IS HIS FIRST DUTY TO GO TO EUROPE...," with considerable text regarding his delivery of the annual State of the Union Address, in which he announces his plans to attend the Peace Conference in Europe, which would make him the first President of the United States to set foot on European soil while in office. Page three is taken up entirely with the full text of his speech.

Considering this 22-page issue is from the pulpish period in newspaper printing, while it is fragile with chipping at the edges, it is in overall good condition. However, it must be handled with care.