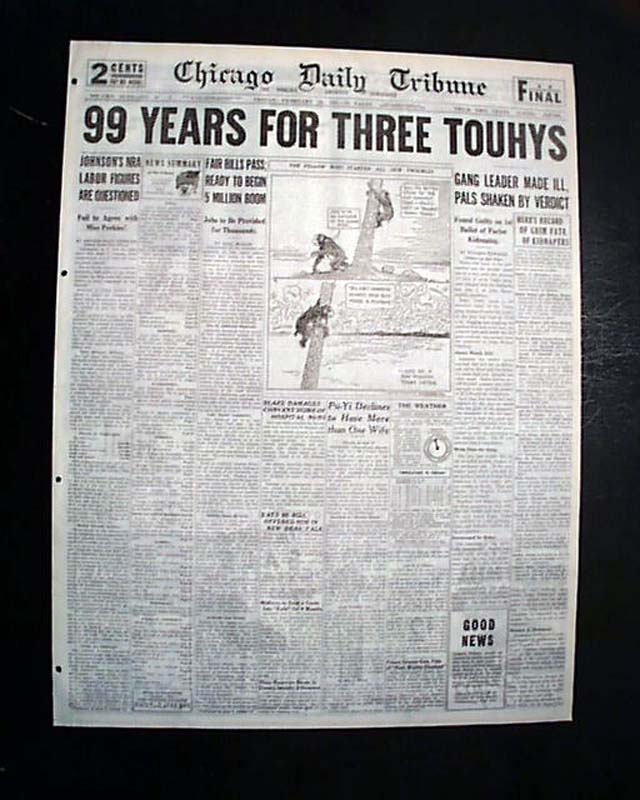 The front page has a great banner headline: "99 YEARS FOR THREE TOUHYS" with subheads. (see) Lengthy 1st report coverage continues on page 2. Banner headline and related photos are on the back page. When it comes to gangsters, organized crime, and the nefarious activities born out of the Prohibition and Great Depression eras, no city is more in the forefront of our minds than Chicago - and what better newspaper can be found than the Chicago Tribune, self-proclaimed to be "The World's Greatest Newspaper" - attributed in part to its dramatic, banner headlines! Whether hanging on your wall or part of an ongoing collection, these events are sure to capture the flavor of this infamous period in American history.
Complete with all 32 pages, this is the "rag edition" printed on very high quality newsprint meant for institutional holdings. In great condition as such, a few small binding holes at the spine. 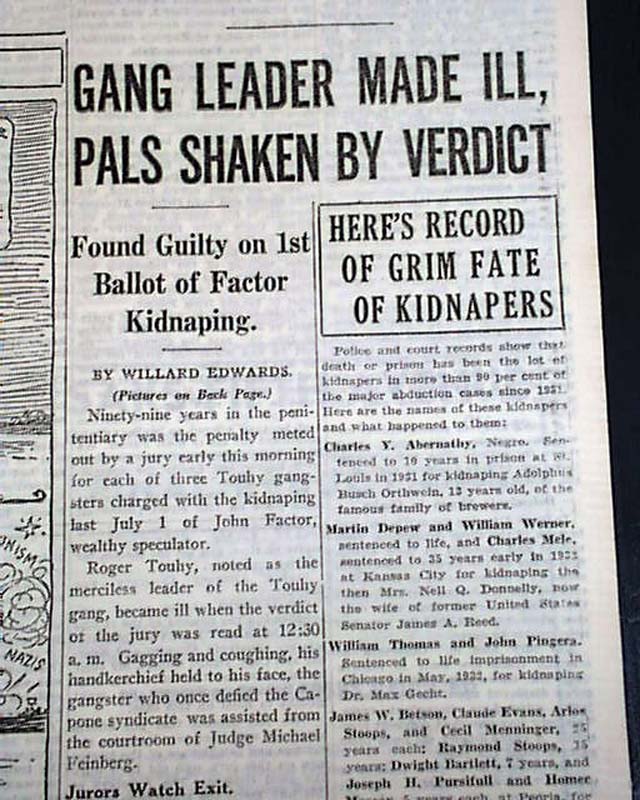 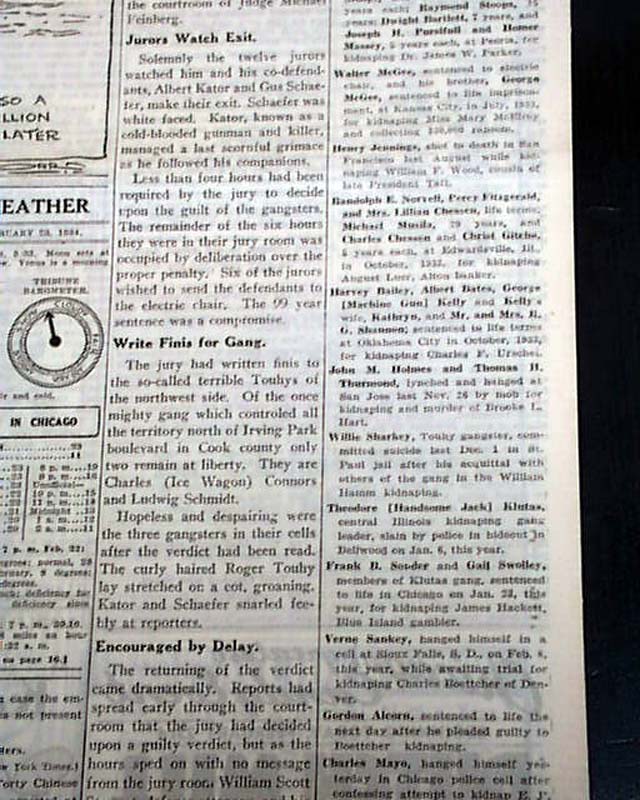 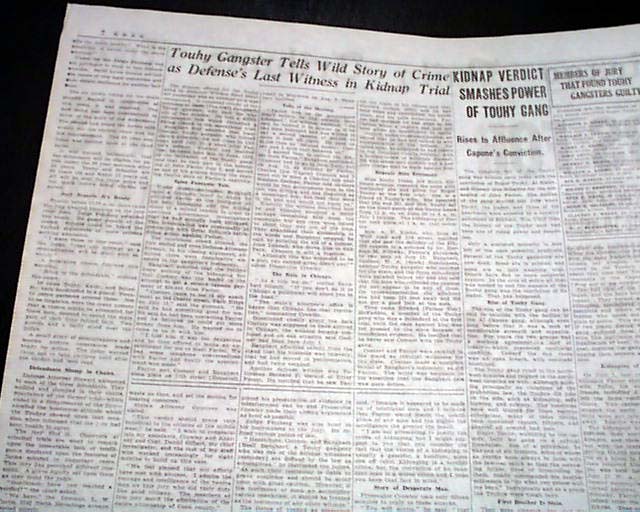 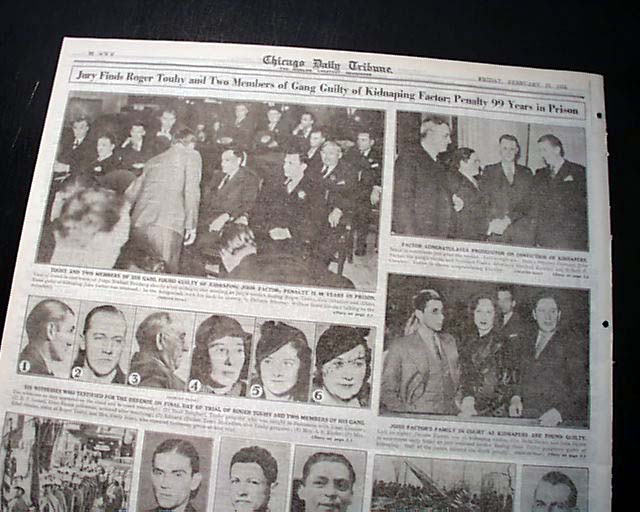