Home > Back to Search Results > Mark Twain writes supportively of the Jews...
Click image to enlarge 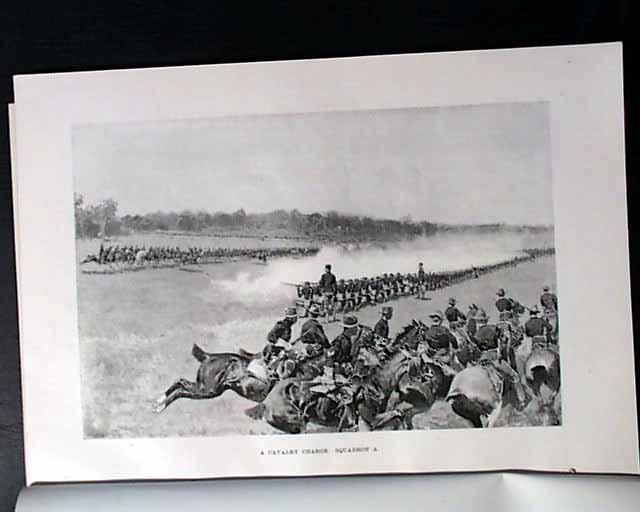 The most significant article is: "Stirring Times In Austria" is by Mark Twain, taking over 9 pages and includes several illustrations (see).
At this time Austria was involved in an uproar with riots over political issues, at a time when Mark Twain was there. Previously thought to having anti-Semitic leanings, his sentiments towards the Jews changed during the Civil War, but it was in this article that he first expressed, in writing, support for them. Near the end of the article he wrote: "...three or four days of furious rioting in Prague, followed by the establishing there of martial law; the Jews & Germans were harried & plundered & their houses destroyed...in all cases the Jew had to roast, no matter which side he was on..." with more. This is considered a significant event in literary history.
Various other articles throughout including one on the Spanish-American War which includes 4 prints by Frederic Remington, another article with a nice portrait of "Horace Greeley" and yet another article: "The Century's Progress In Anatomy & Physiology" reflecting upon the great strides in medicine & science.
Complete in 160 pages, disbound without wrappers, 6 1/2 by 9 1/4 inches, very nice, clean condition.