Home > Back to Search Results > Report of the death of Jesse James...
Click image to enlarge 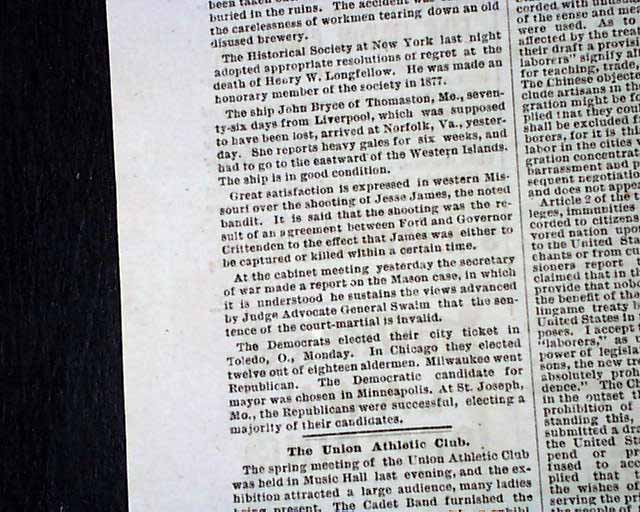 Report of the death of Jesse James...

Page 2 has a brief & quite inconspicuous report reading: "Great satisfaction is expressed in western Missouri over the shooting of Jesse James, the noted bandit. It is said that the shooting was the result of an agreement between Ford and Governor Crittenden to the effect that James was either to be captured or killed within a certain time."
Eight pages, very small piece from the blank margin of the front leaf, slightly irregular at the spine, nice condition.