Home > Back to Search Results > Death of Robert Kennedy in a Los Angeles newspaper...
Click image to enlarge 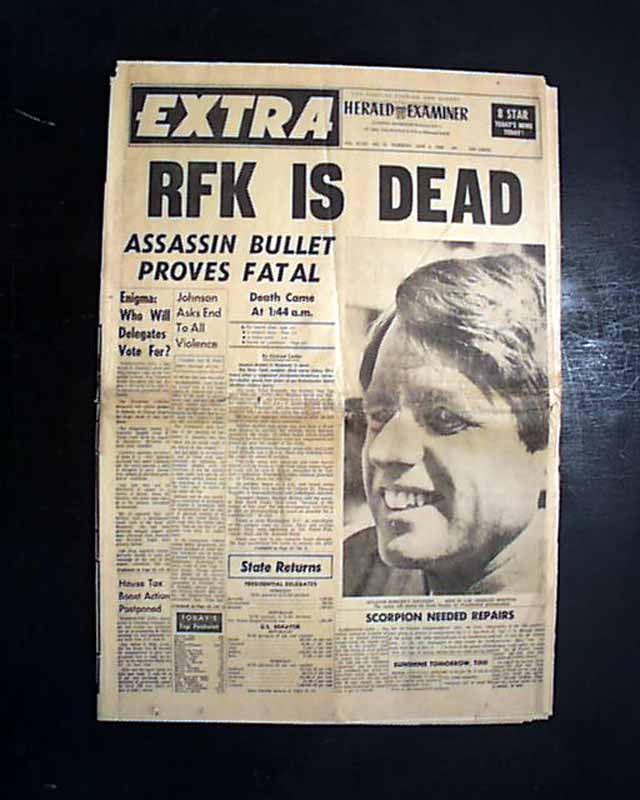 Death of Robert Kennedy in a Los Angeles newspaper...

The banner headline announces: "RFK IS DEAD" with a subhead: "Assassin Bullet Proves Fatal". Also a very large photo of: "Sen. Robert Kennedy" This is the city in which he was shot and died. Much more inside including a full page pictorial.
The complete first section with pages 1-24. Some wear at the margins & the central fold, generally good. 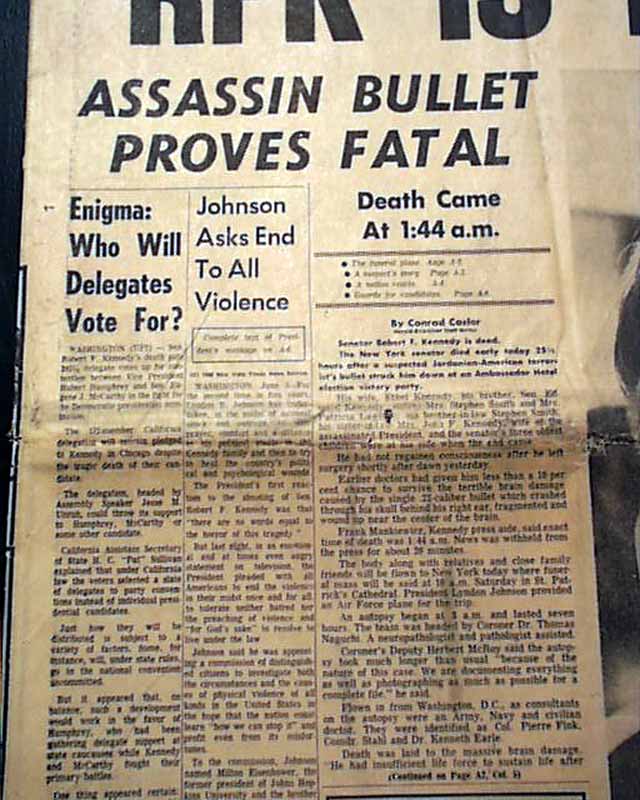 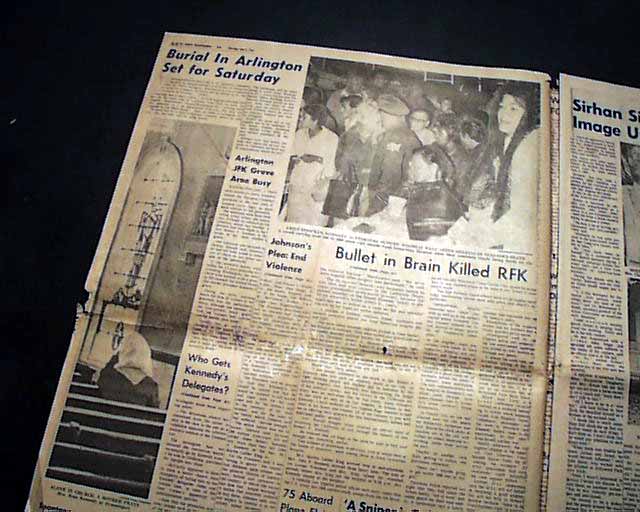 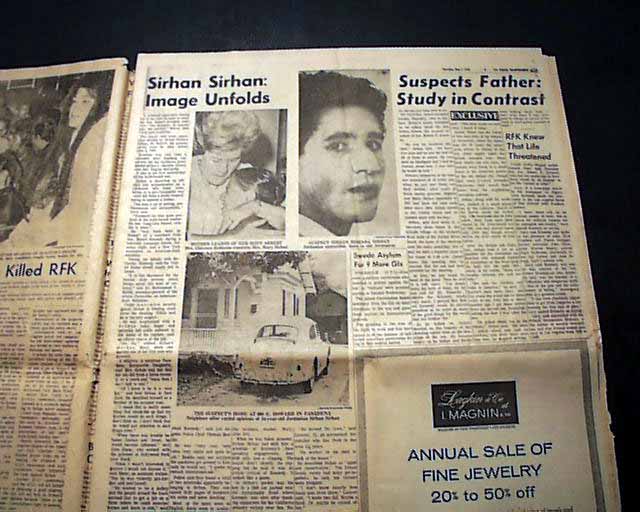