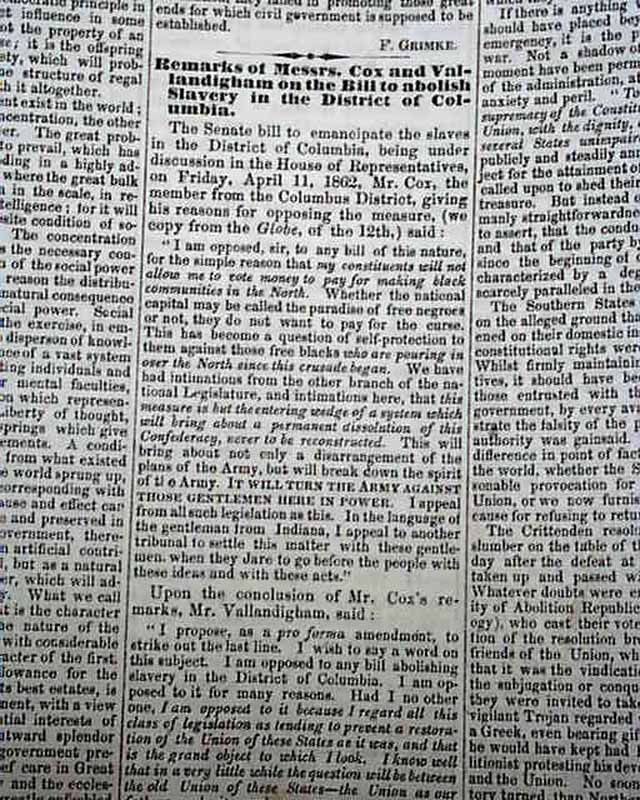 
THE CRISIS, Columbus, Ohio, April 30, 1862  Among the articles within are: "A Serious Talk with Serious Men" "Emancipation of Slaves" "...on the Bill to abolish Slavery in the District of Columbia; "War News of the Week" "Free Negroes in Ohio" "The Massacre at Lee's Mills" "Traffic In Human Flesh--A White Child Sold in the city of Rochester" "White Citizens Wrongfully Imprisoned" and so much more.
Eight pages, very nice condition. 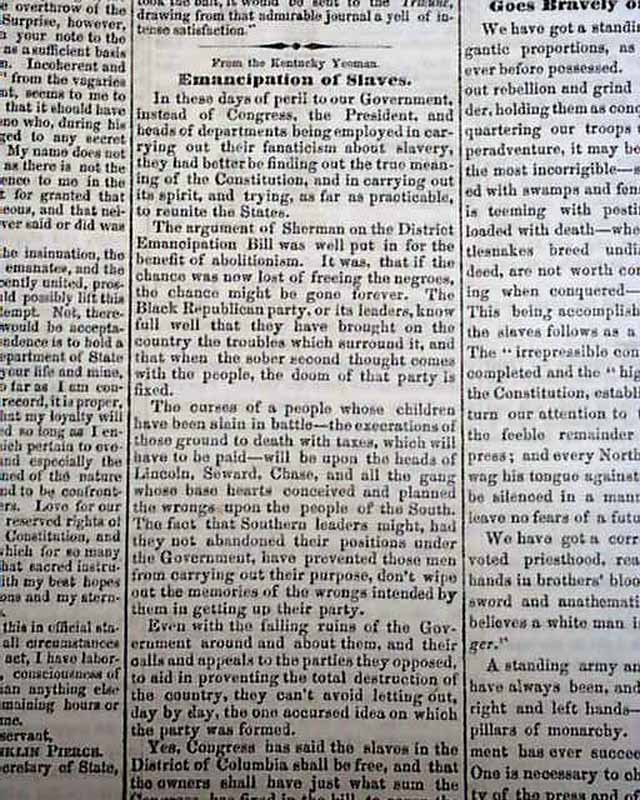 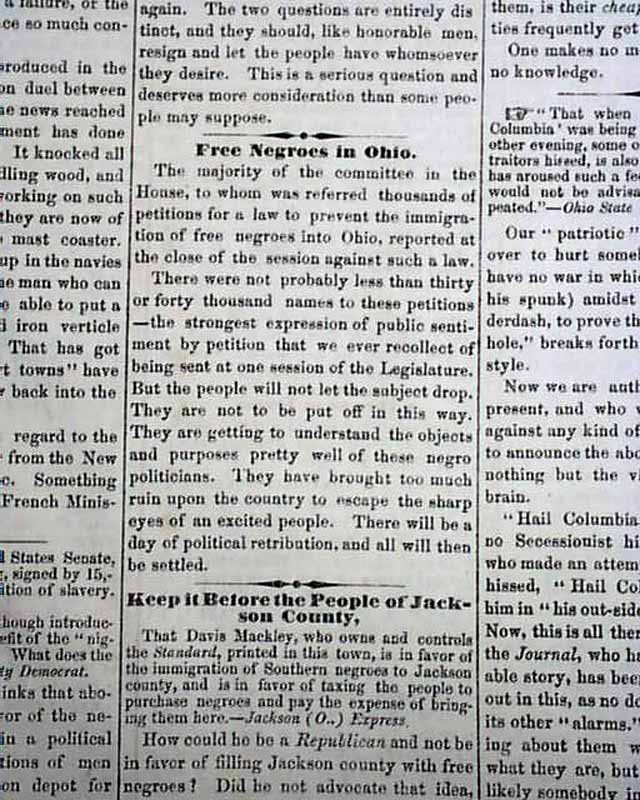 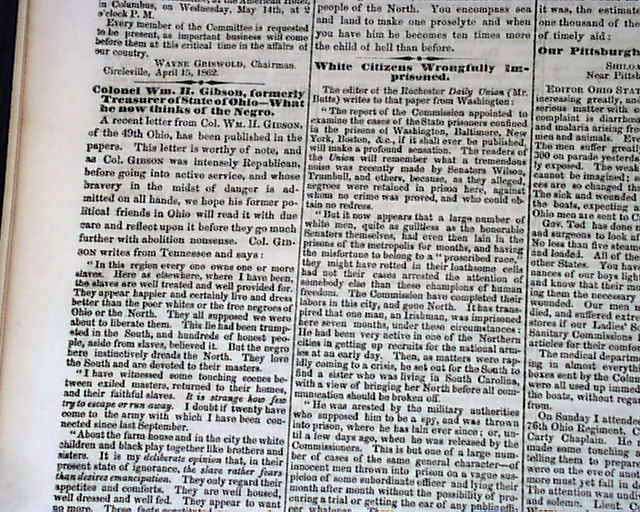 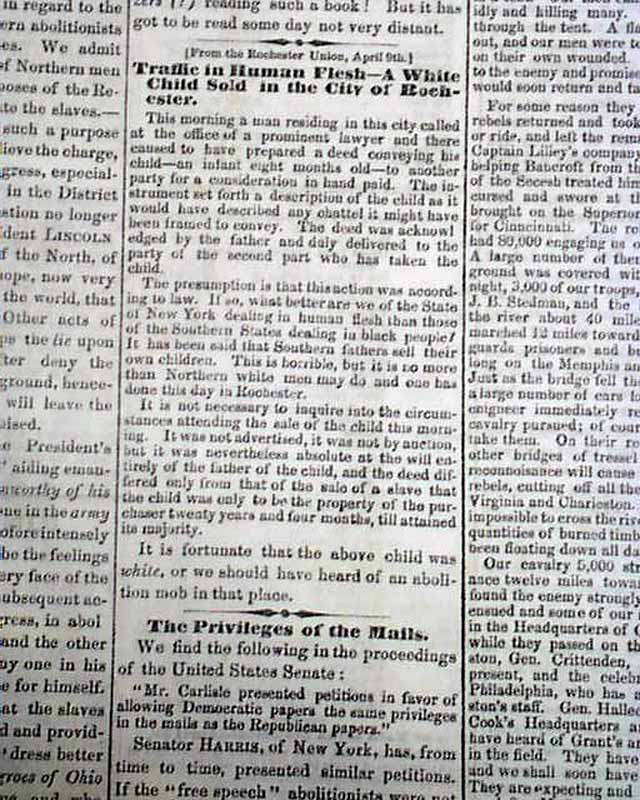 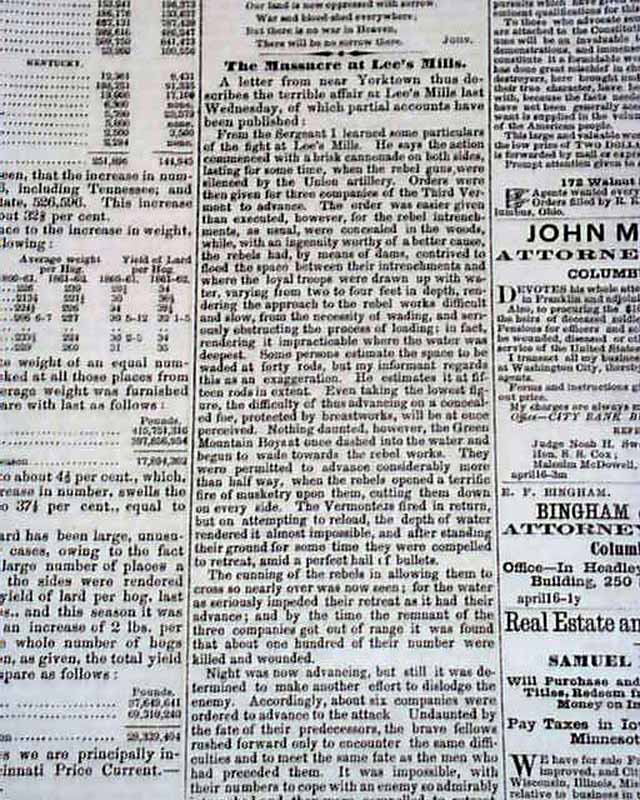 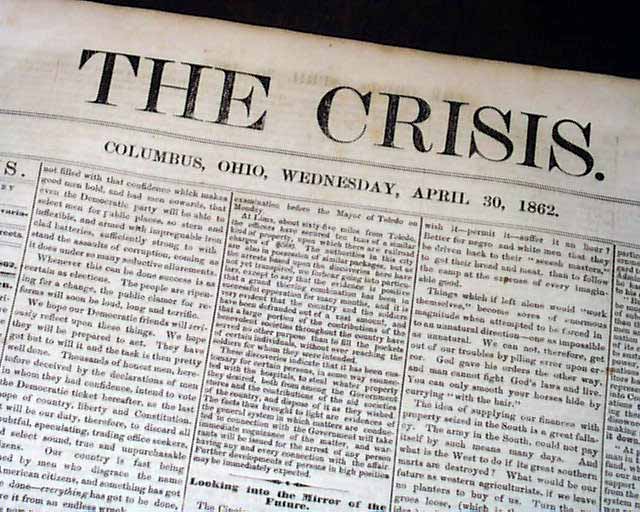 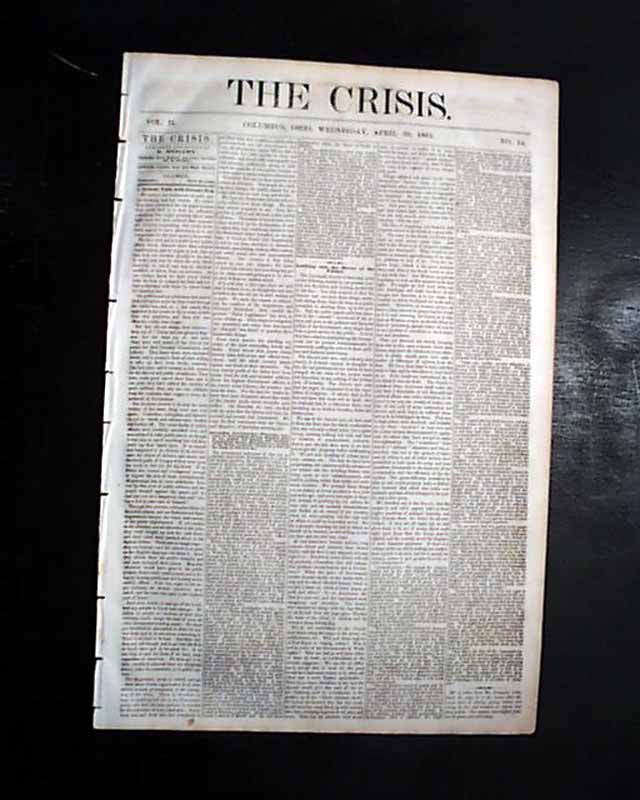