Home > Back to Search Results > Nixon quits... in a California newspaper...
Click image to enlarge 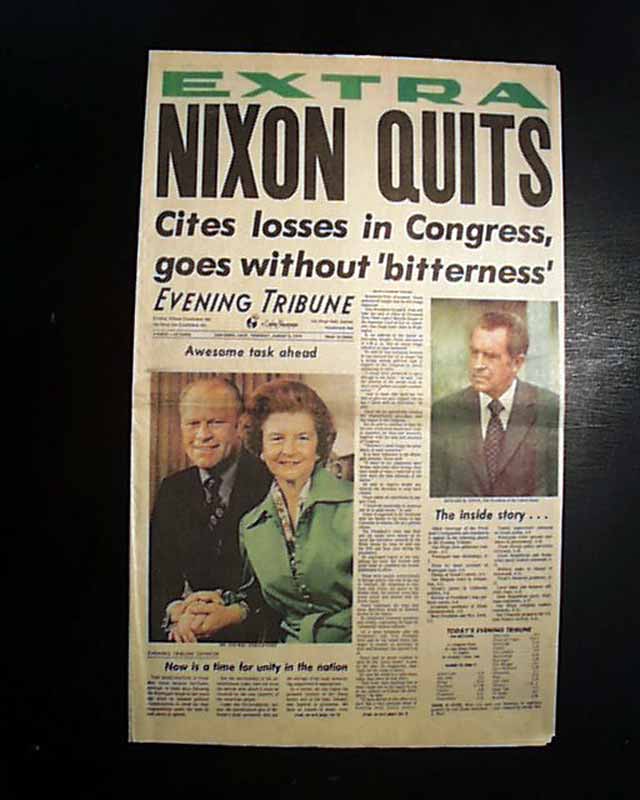 Nixon quits... in a California newspaper...

The huge banner headline announces: "NIXON QUITS" with subhead: "Cites Losses sin Congress, Goes Without 'Bitterness' " with a photo of him and of Mr. & Mrs. Gerald Ford. San Diego is not far from his home in San Clemente.
The complete first section (of 4) with pages 1-18. Nice condition.