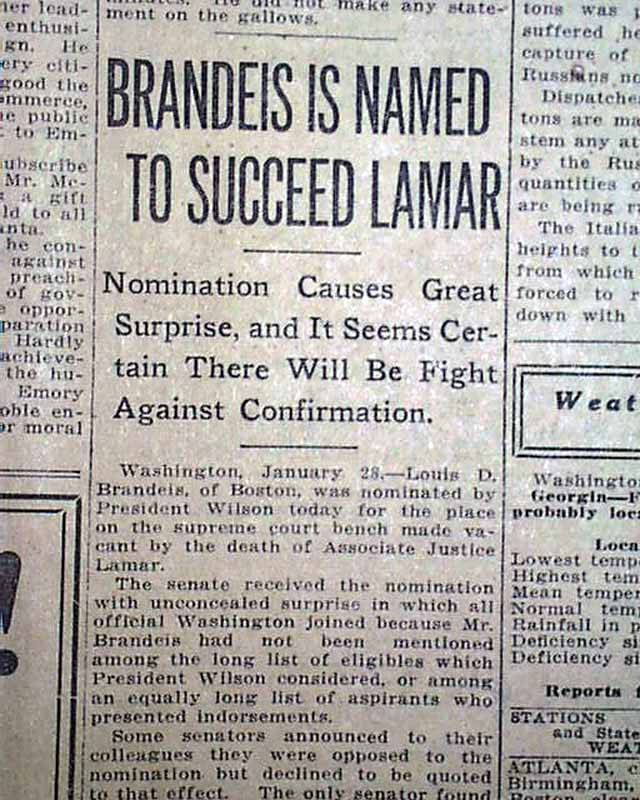 The front page carries a single column headline "Brandeis Is Named To Succeed Lamar" with subhead "Nomination Causes Great Surprise, and It Seems Certain There Will Be Gift Against Confirmation".  "...The senate received the nomination with unconcealed surprise in which all official Washington joined because Mr. Brandeis had not been mentioned among the long list of eligibles which President Wilson considered, or among an equally long list of aspirants who presented indorsements...". Mr. Brandeis became the first Jewish Supreme Court Justice.
Other news, sports and advertisements of the day are within.
This is complete in 14 pages with a slightly irregular left spine, otherwise is in good condition. Should be handled with some care.