Home > Back to Search Results > Perhaps the best Marilyn Monroe death newspaper to be had...
Click image to enlarge 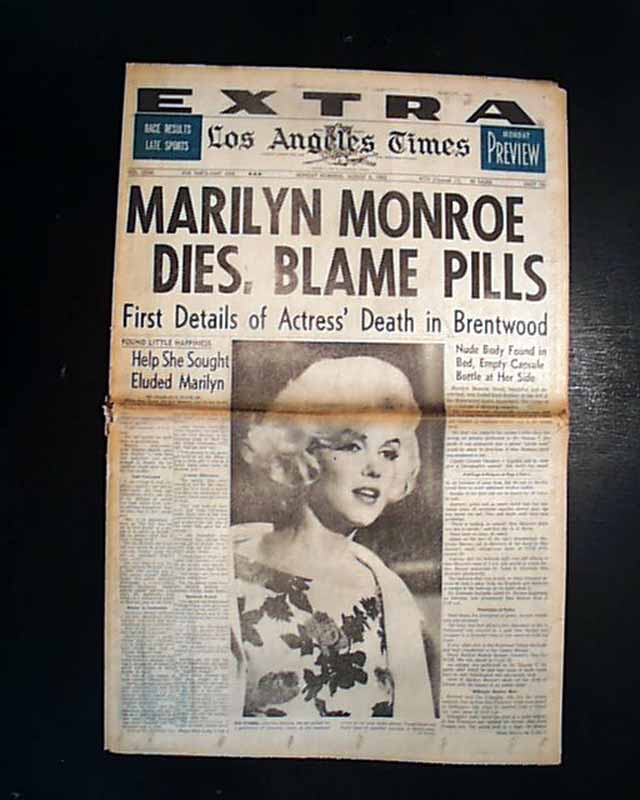 Perhaps the best Marilyn Monroe death newspaper to be had...

* Death of Marilyn Monroe (1st report)
* Actress, singer, model and sex symbol
* Best title to be had ? rare as such

See the photo for the terrific front page report, with the two line banner headline: "MARILYN MONROE DIES; BLAME PILLS" and also: "First Details of Actress' Death in Brentwood". The front page also features a large photo of her. Related subheads include: "Nude Body Found in Bed, Empty Capsule Bottle at Her Side" "and "Found Little Happiness - Help She Sought Eluded Marilyn".  The report carries over to pages 2 & 3 where are found many photos of her life.
Given that her fame was gained in Los Angeles and she died in Los Angeles, this could well be the best issue to have on her death, certainly one of the most desired death reports of any famous figure in American history. And this is the "Extra" edition which hit the streets before the regular edition.
This is the complete 34 page (of 90) first section in very nice condition, a bit of margin wear & some very light toning at the fold. One of the most displayable issues on the death of Marilyn Monroe to be had. 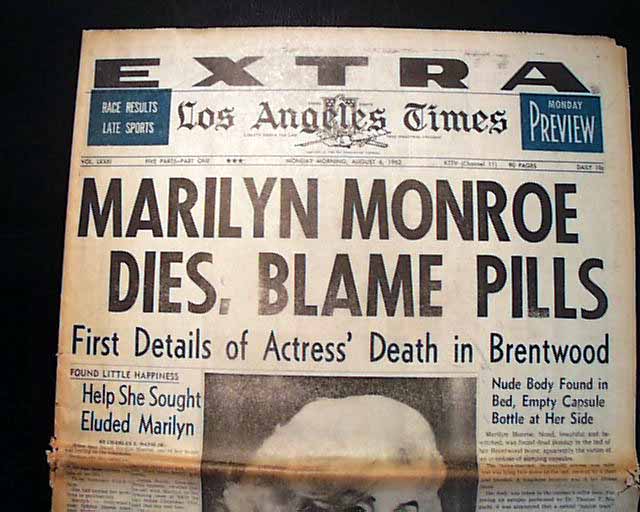 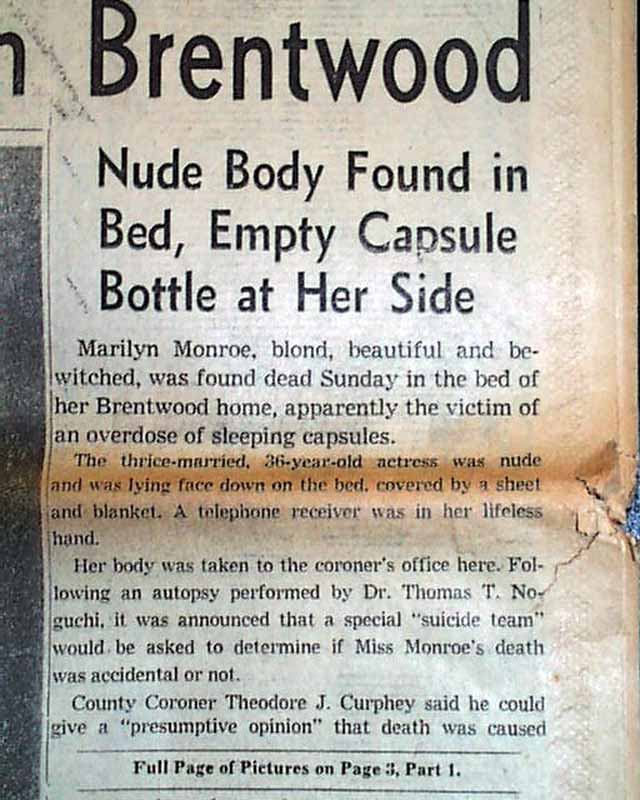 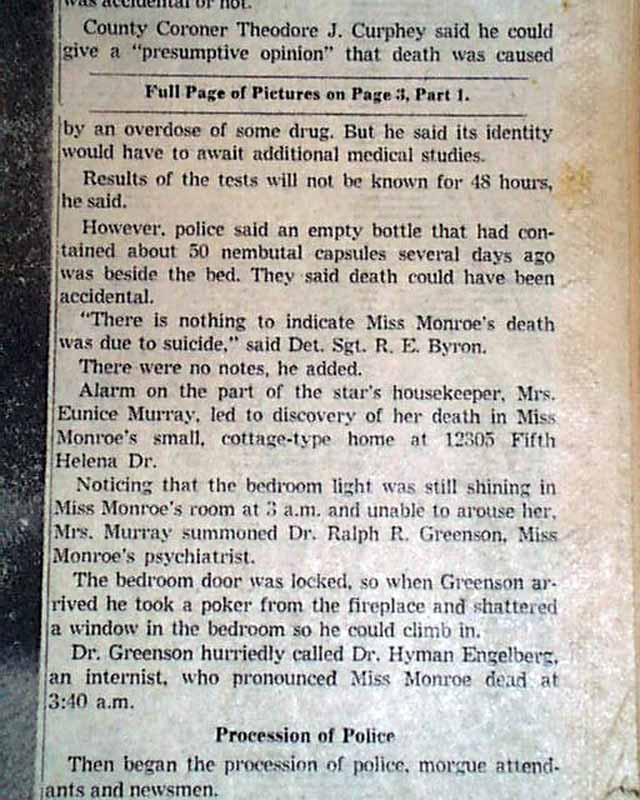 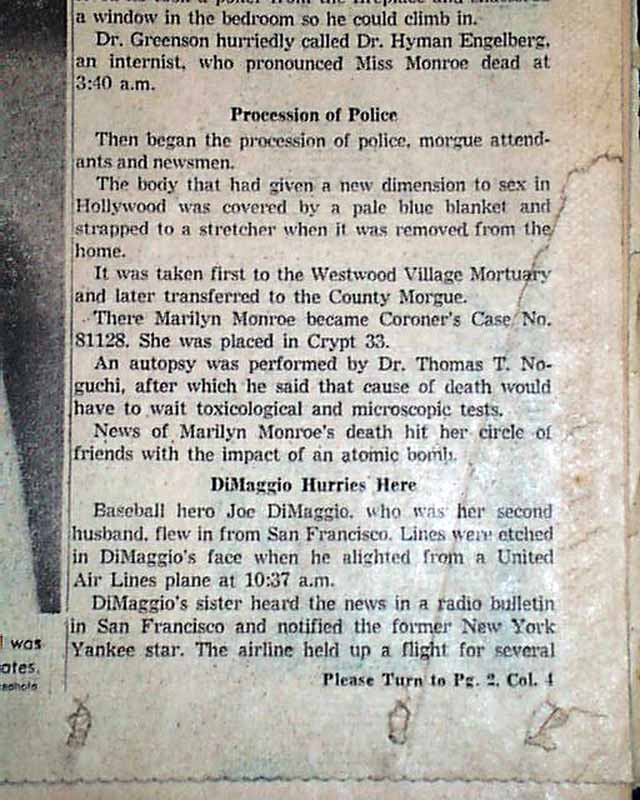 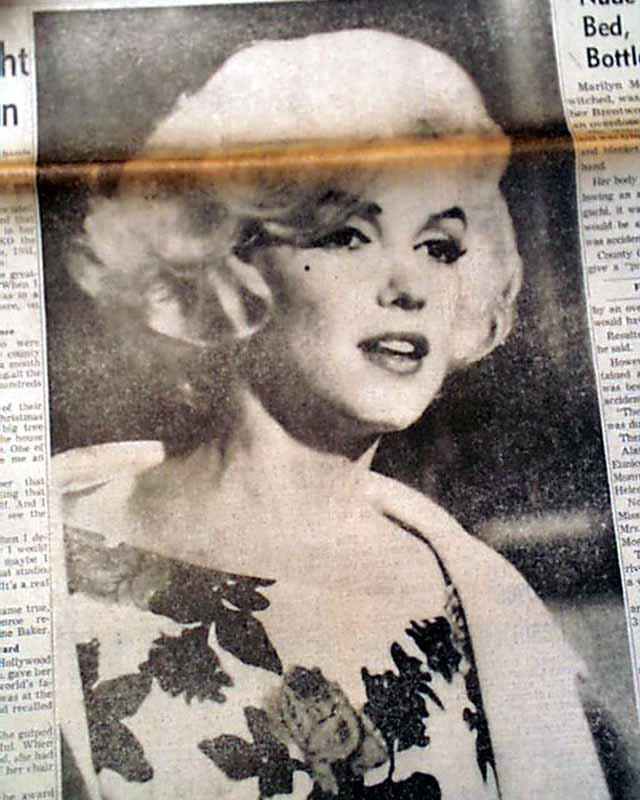 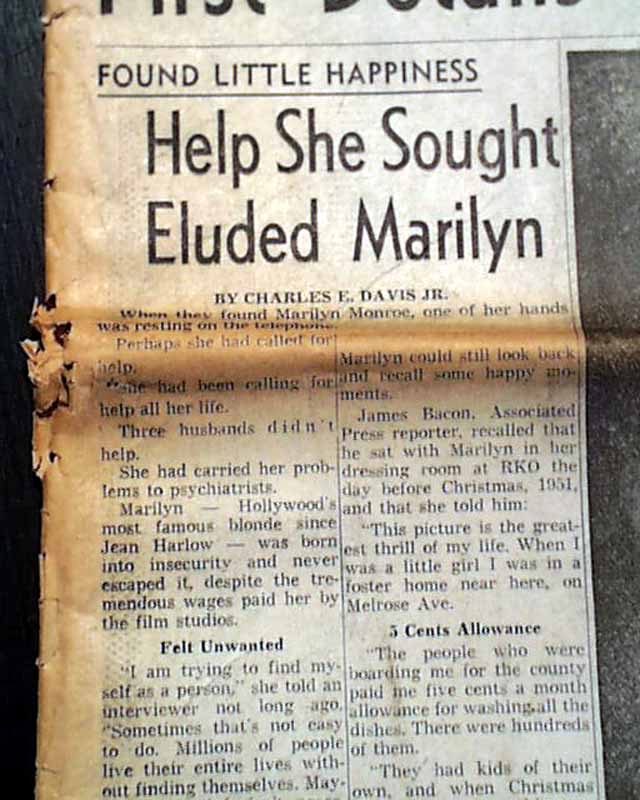 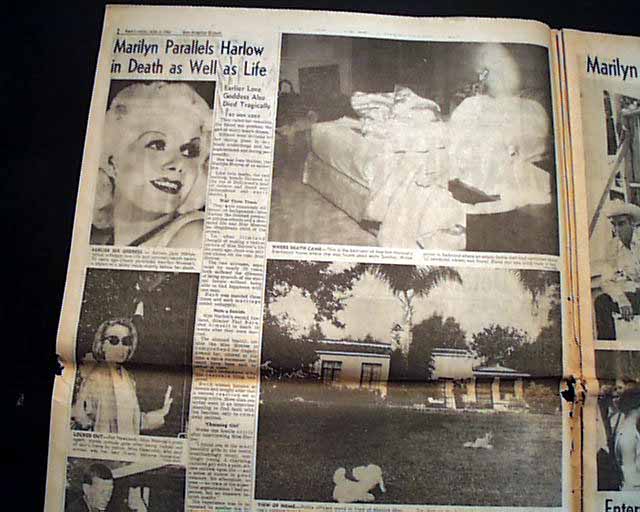 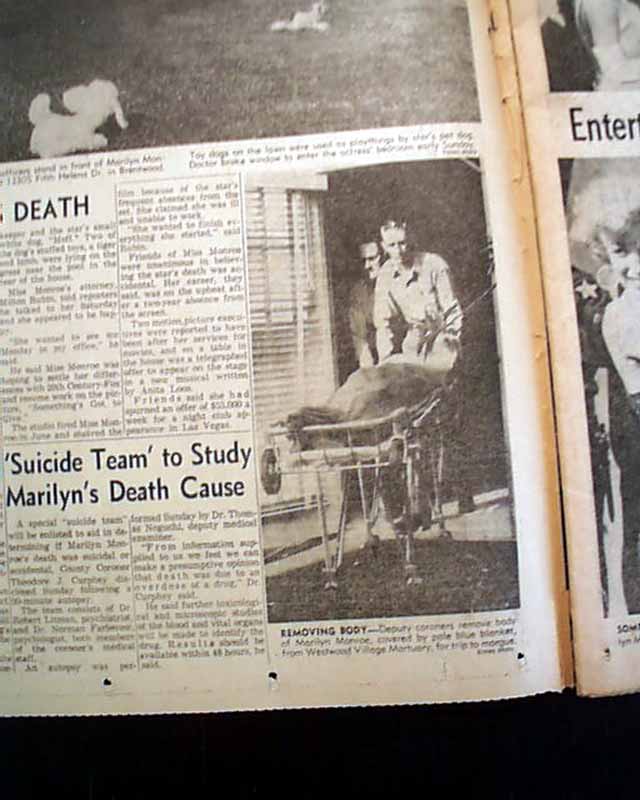 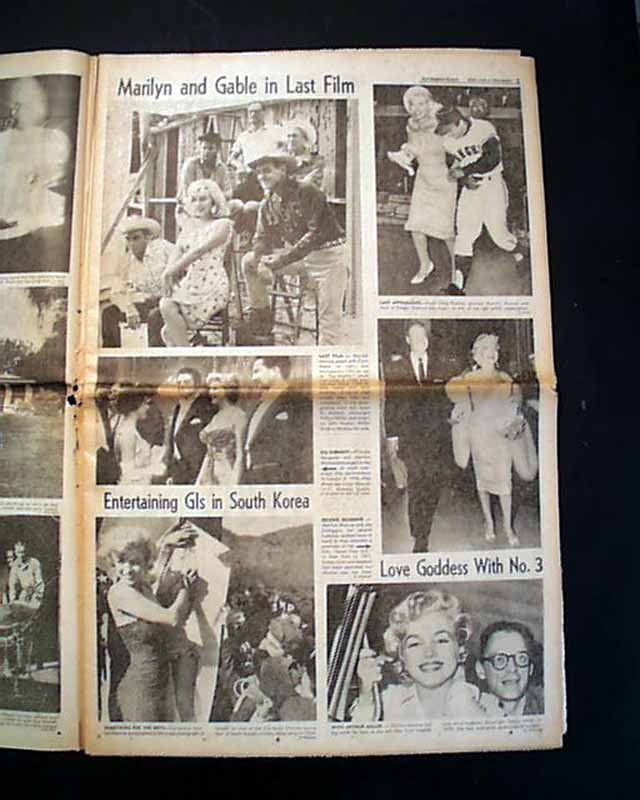