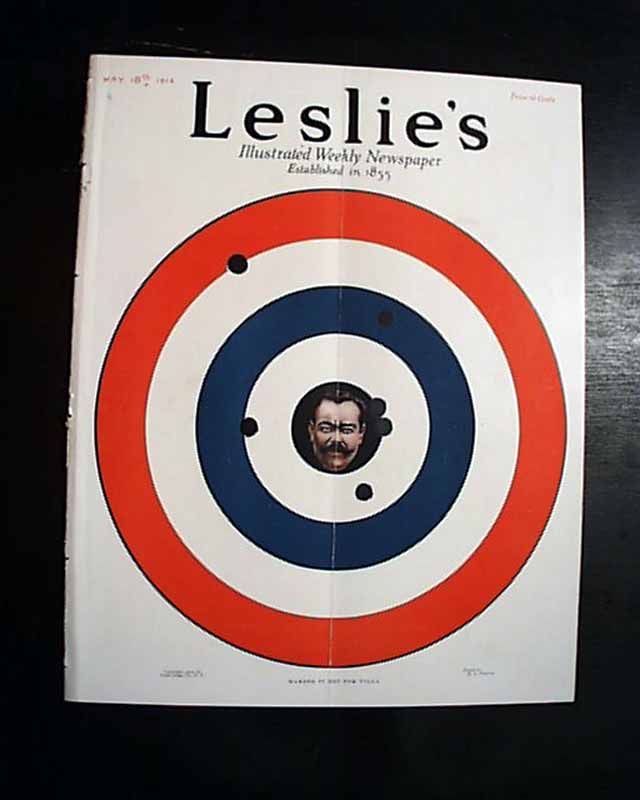 Taking all of the front page is a large, color target with a small illustrated portrait of Pancho Villa in the bulls-eye, and a caption reading: "Making It Hot For Villa".
There is another full pg. within which has text & several photos on the search for Villa in Mexico. Much other content as well, including many reports & photos on World War I. The complete issue, a vertical crease at the middle, very nice condition.