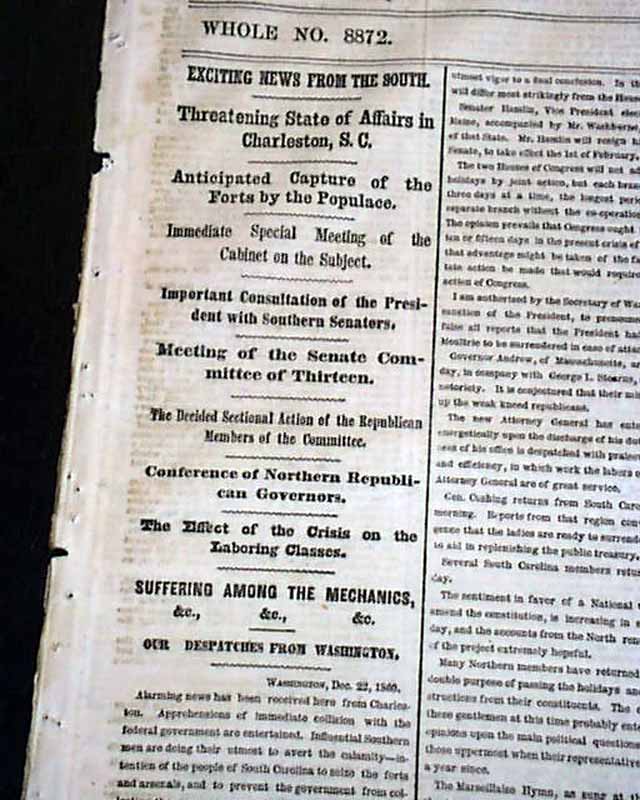 The top of the first column has: "Exciting News From the South" "Threatening State of Affairs in Charleston, S.C." "Anticipated Capture of the Forts by the Populace" "Important Consultation of the President with Southern Senators" "The Effect of the Crisis on the Laboring Classes" and more.
Perhaps the most notable article in this issue is the page 4 item: "The Decision in the Toronto Fugitive Slave Case" which is the noted case of John Anderson, about which much is written on the internet.
Eight pages, nice condition.