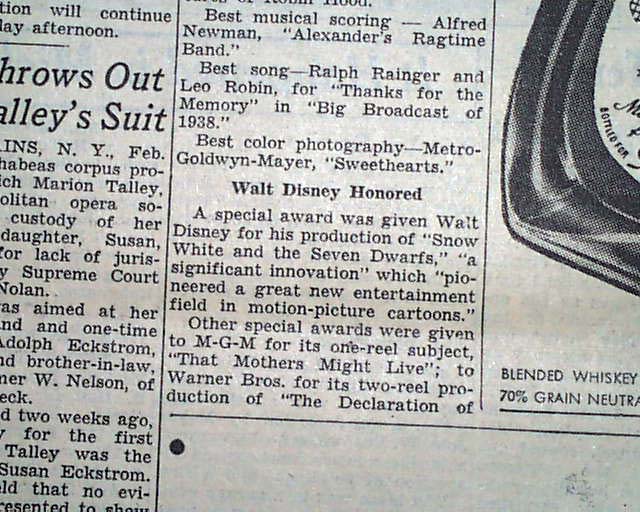 In February, 1939, Walt Disney received a special award for pioneering work in a new field for "Snow White and the Seven Dwarfs," in which he was presented with one large Oscar, and sever statuettes - a truly one-of-a-kind award which has never been repeated. Page 16 has coverage of his award on page 16 under the heading: "Walt Disney Honored."Additional details of the evening's festivities along with related photos of the Spencer Tracy (best actor) and Bette Davis (best actress) are also included - beginning on the front page.
Complete in 26 pages, in very good condition.