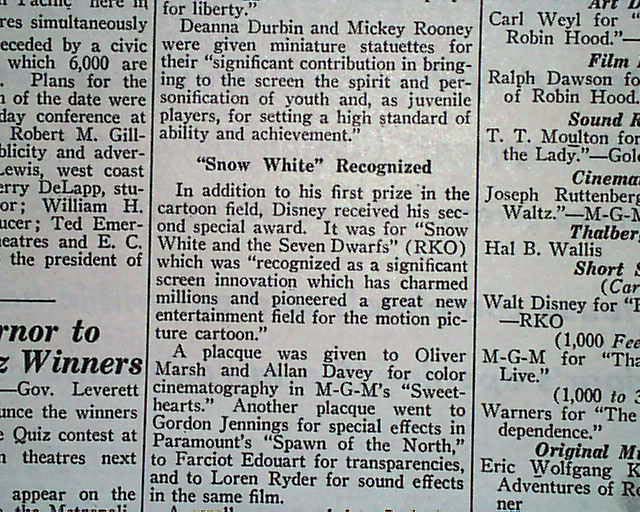 In February, 1939, Walt Disney received a special award for pioneering work in a new field for "Snow White and the Seven Dwarfs," in which he was presented with one large Oscar, and sever statuettes - a truly one-of-a-kind award which has never been repeated. To add a bit of lore to the event, the young Shirley Temple, who was selected to present the award, was so excited, she forgot to mention the reason for why the award was given. Although her gaffe is not mentioned, this "motion picture"-themed publication has coverage of his award (along with another) on page 4 under the heading: "'Snow White' Recognized." Additional details of the evenings ceremonies are also present.
The center spread has the colorful: "AS NEVER BEFORE! JAMES CAGNEY - OKLAHOMA KID," with more.
Complete in 8 pages, in very good condition.