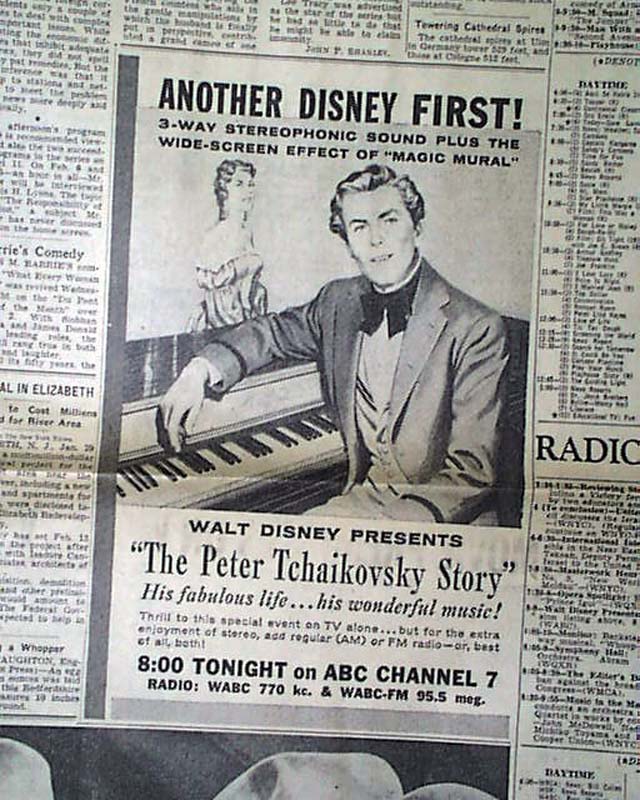 Page 47-M has a 5" by 8" ad for what is self-described as: "ANOTHER DISNEY FIRST!," which includes: "3-Way Stereophonic Sound Plus The Wide-Screen Effect of Magic Mural. Walt Disney Presents, The Peter Tchaikovsky Story."
The issue has some browning to the right and lower margin regions, a few archival reinforcements, but is otherwise good.The page containing the ad is nice.