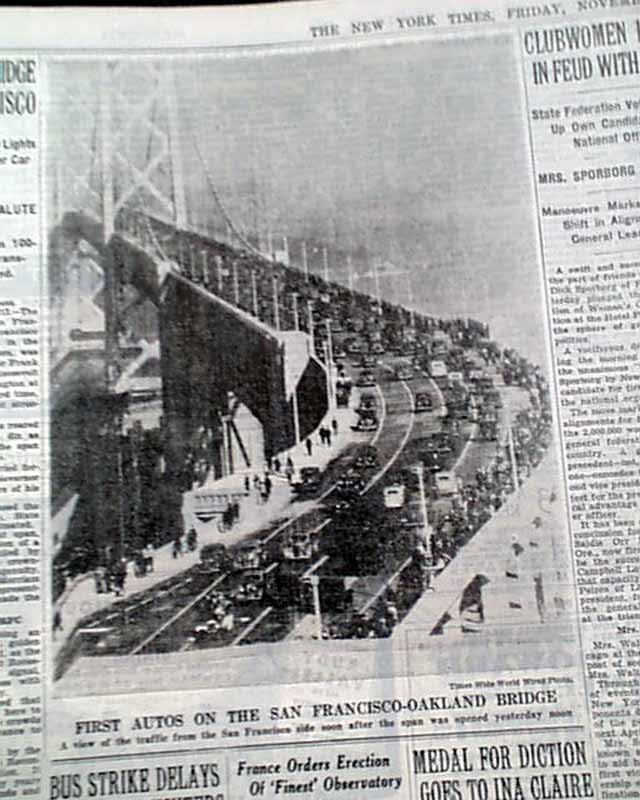 Page 25 has one column headings that include "OPENS GIANT BRIDGE AT SAN FRANCISCO" "Roosevelt in Washington Lights 'Go' Signals and Hoover Car Is First to Cross" "Warships Roar A Salute" and more with photo (see images). First report coverage on the San Francisco--Oakland Bay Bridge opening for traffic for the first time. Always nice to have notable events in history reported in this World famous publication.
Other news, sports, and advertisements of the day. Complete with all 48 pages, rag edition in nice condition.