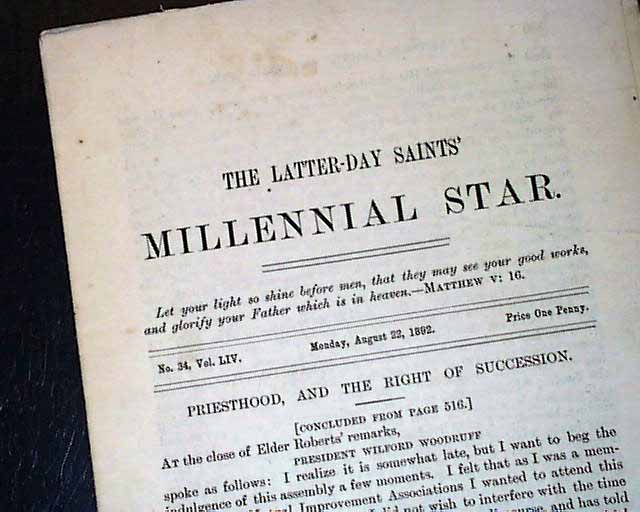 
THE LATTER DAY SAINTS' MILLENNIAL STAR, Liverpool, England, Aug. 22, 1892  This periodical, typically shortened to "Millennial Star", was the longest continuously published periodical of The Church of Jesus Christ of Latter-day Saints, being printed from 1840 until 1970.
During its 130-year history the Millennial Star varied from being monthly, semi-monthly and even weekly, and was primarily aimed at British Latter-day Saints. Many of the British Mormons took part in the westward migration of the Mormon community in America. Logically, the content is almost entirely focused on the Mormon church. There are no advertisements.
Here is a nice issue of this periodical, never bound nor trimmed and complete in 16 pages, 5 1/2 by 8 3/4 inches, very nice condition.