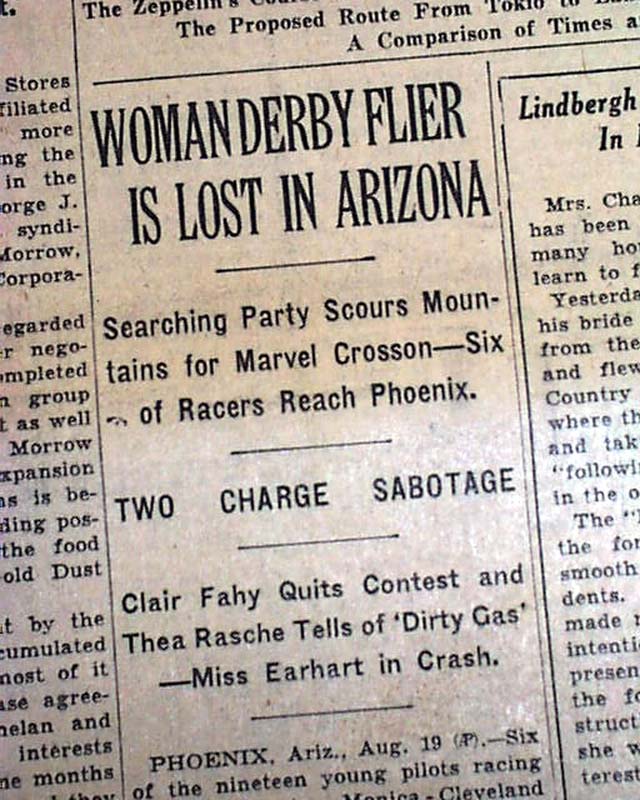 The front page has a one column heading: "WOMAN DERBY FLIER IS LOST IN ARIZONA" with subheads. (see)
Other news, sports and advertisements of the day. Complete in 56 pages, a little margin wear, generally nice.

wikipedia notes: The first Women’s Air Derby during the 1929 National Air Races, commonly known as the “Powder Puff Derby”, was the first official women-only air race in the United States. Nineteen pilots took off from Santa Monica, California, on August 18, 1929 (another left the next day). Fifteen made it to Cleveland, Ohio, nine days later.