Home > Back to Search Results > Reports from the Mexican-American War...
Click image to enlarge 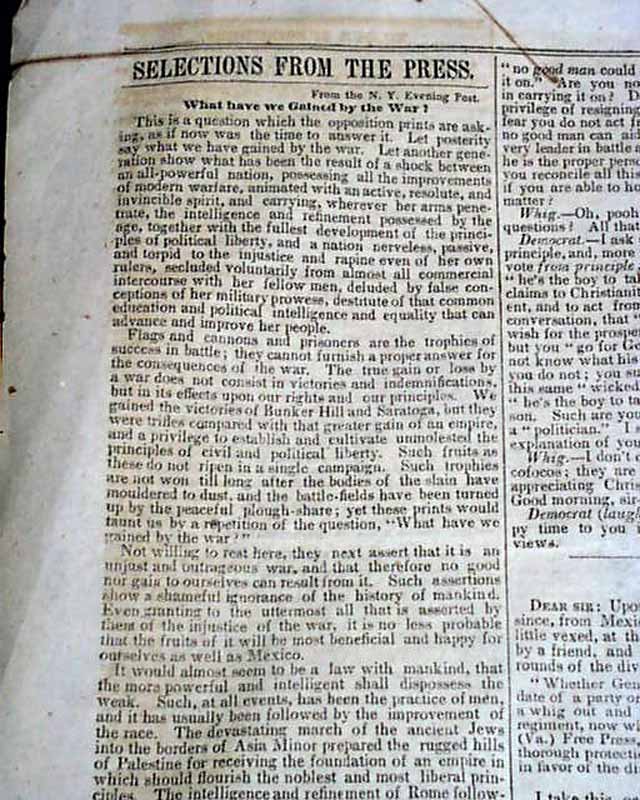 Reports from the Mexican-American War...


THE DAILY UNION, Washington, D.C., Aug. 3, 1847  Page 2 has: "What Have We Gained by the War?" "Letter From the Marine Corps" from Camp Brigade near Vera Cruz, Mexico. Page 3 has an item from "Mexico" which concerns negotiations for peace, then followed by comments of a Mexican newspaper concerning Gen. Kearny's recent Proclamation, beginning: "It is inordinately exciting to the passions to behold the bad faith, the perfidy, and the shamelessness of the government of the United States...in taking possession of, and acting as maters in, a country to which they have no other title than the brutal one of force and conquest..." with more.
Four pages, nice condition.