Home > Back to Search Results > Religious reading for the soldiers...
Click image to enlarge 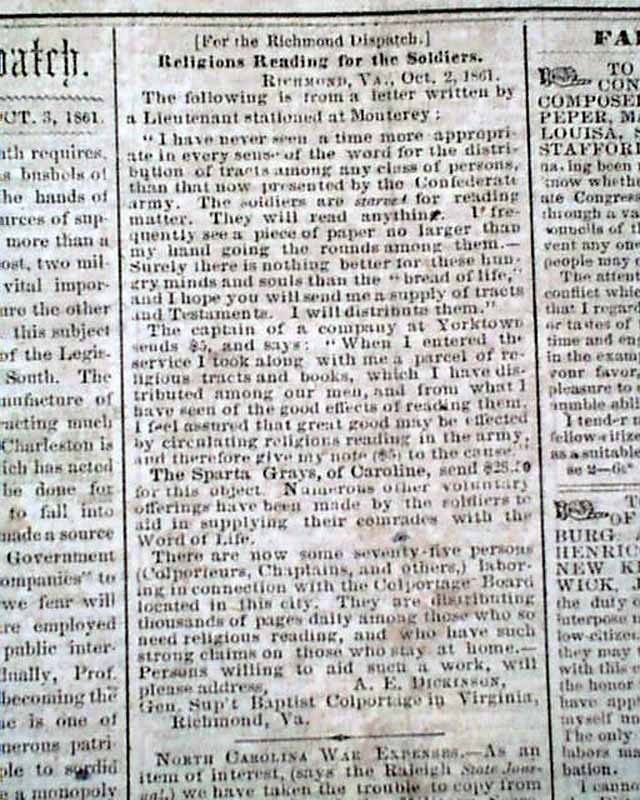 Religious reading for the soldiers...

A nice newspaper from the capital of the Confederacy. Among the front page reports are those headed: "Religious Reading for the Soldiers" "Hatteras & the Coast Defence" "Indiscretions of the Press" "Prisoners Captured" and other items including many ads, two for "Runaways".
Civil War reporting carries over to the inside pages with: "With the North it is a Question of Existence" is a very anti-northern editorial; "Army of the Potomac" "Latest News From Western Virginia--Reported Victory by Gen. Lee--Rosecranz Mortally Wounded--Defeat of the Federal Army" "From Kentucky--Hopkinsville Taken by General Buckner--Large Quantity of Arms, etc. Captured..." "The Army of the Potomac" "From Missouri--the Capture of Lexington confirmed--the Legislature Removed There" "A Female Spy of a Poor Type" "War News & Rumors" "From the Upper Potomac" "Crossing the Line--A Perilous Journey--Maryland" "The Mounted Rangers in the West" "General Wise" "Southern War News" and even more.
Complete in 4 pages with a banner masthead, very nice condition. 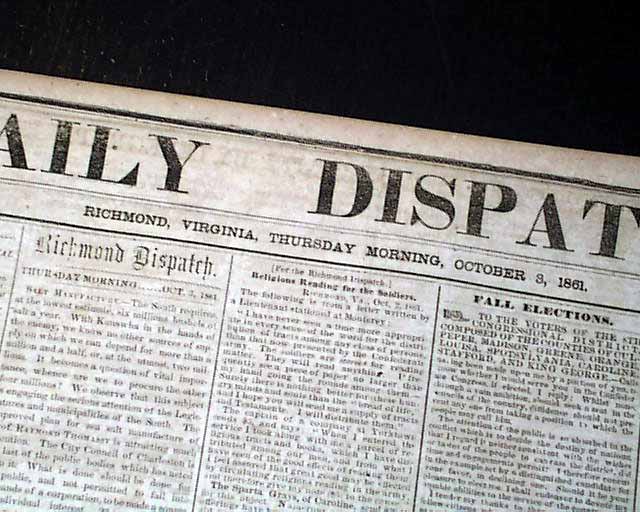 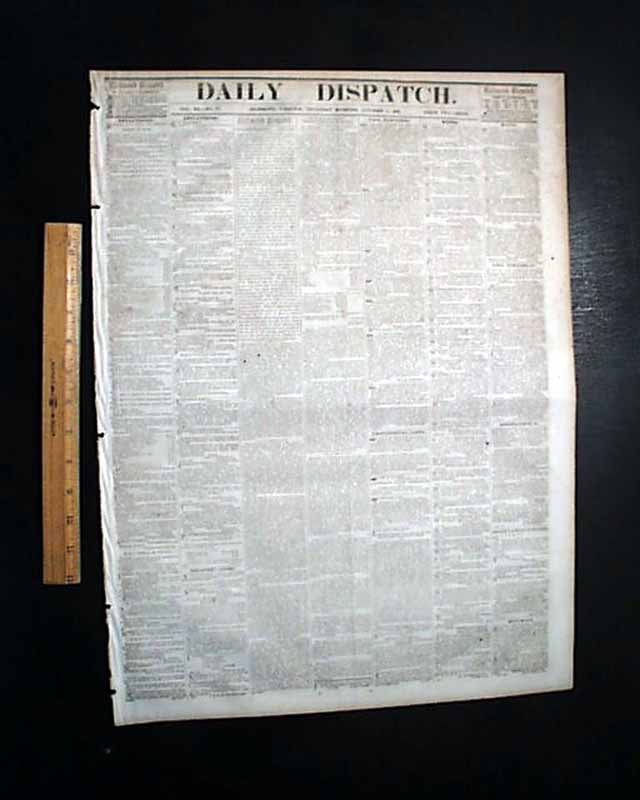 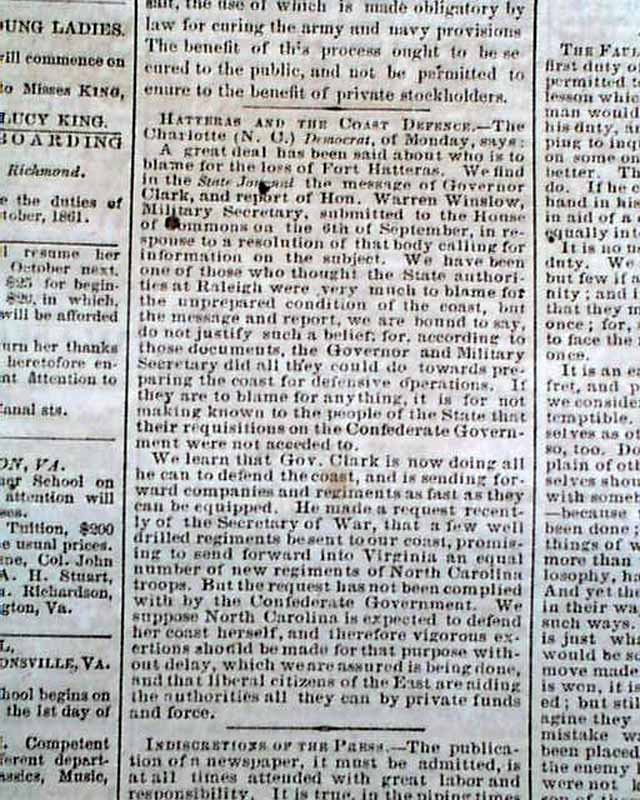 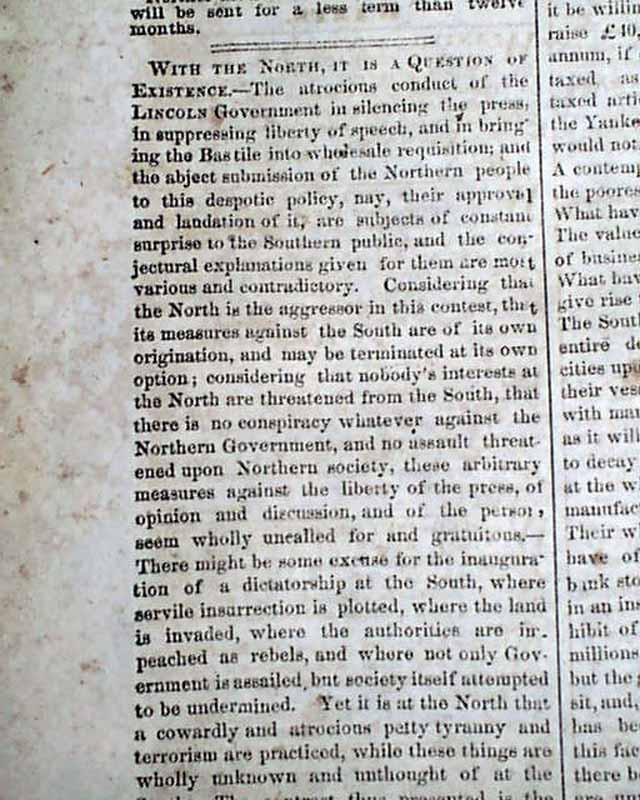 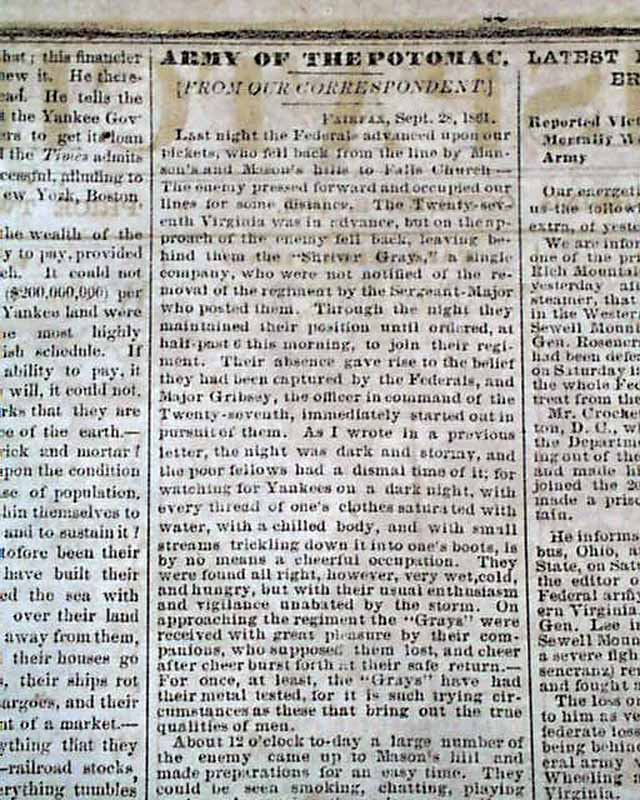 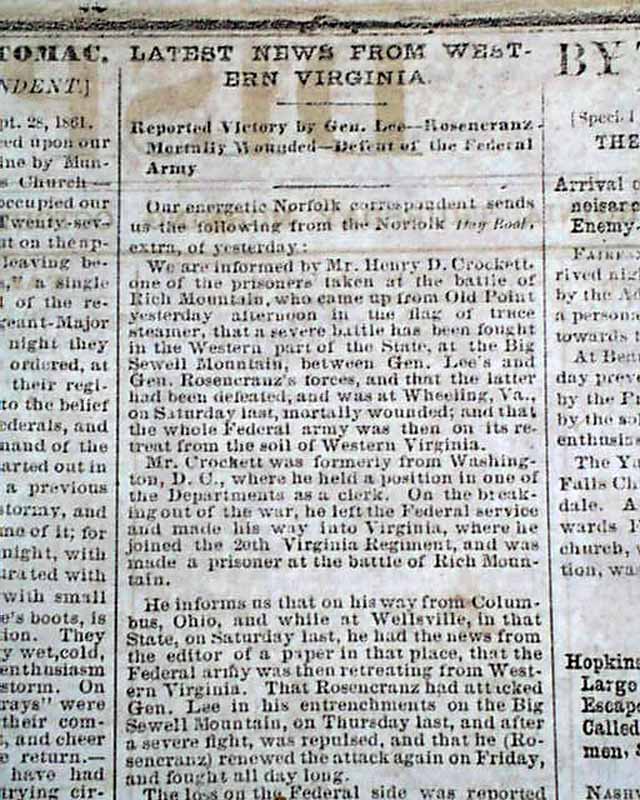 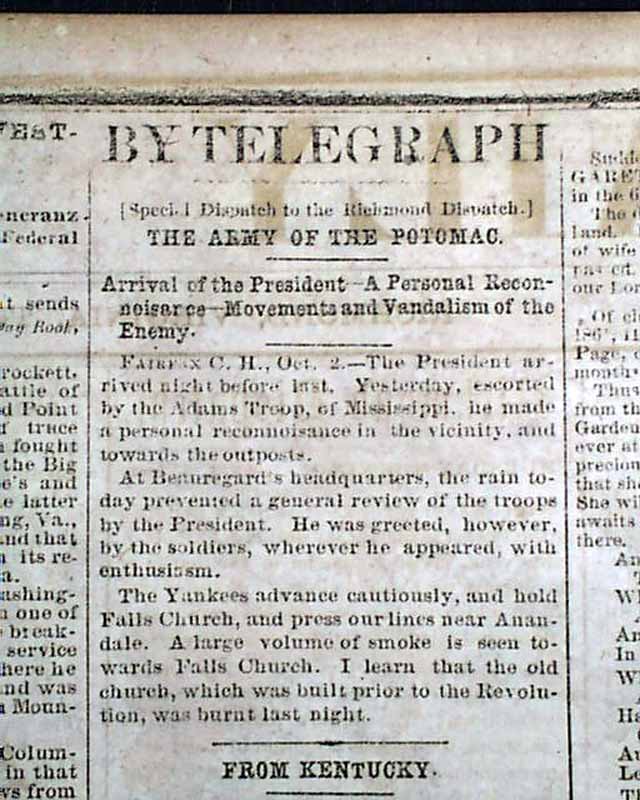 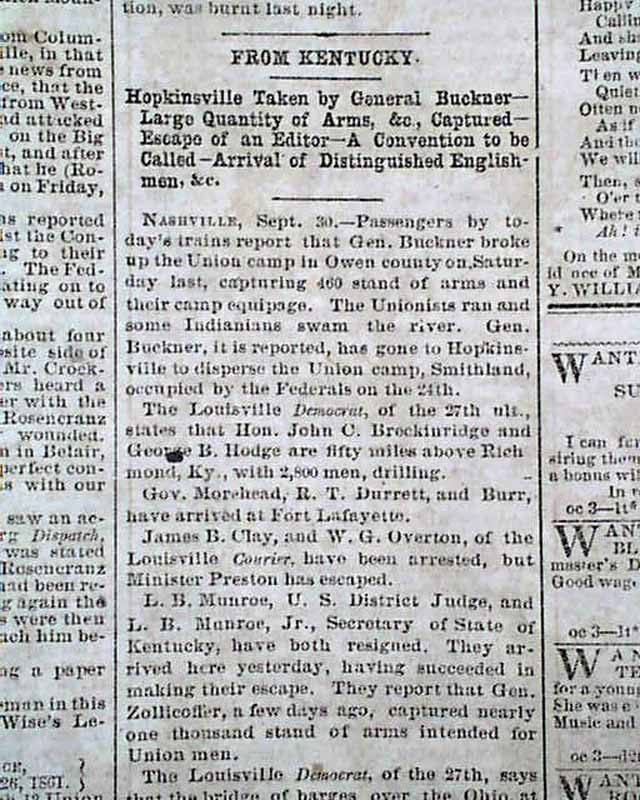 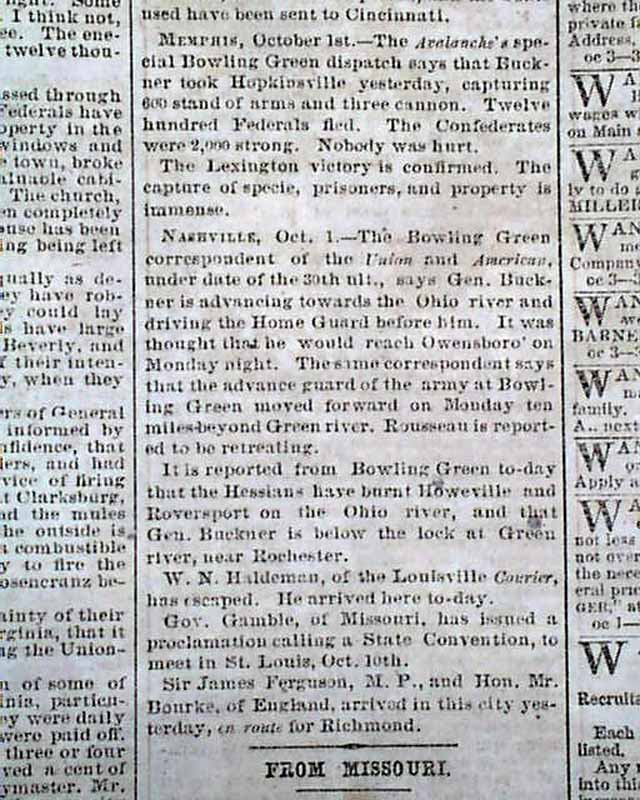 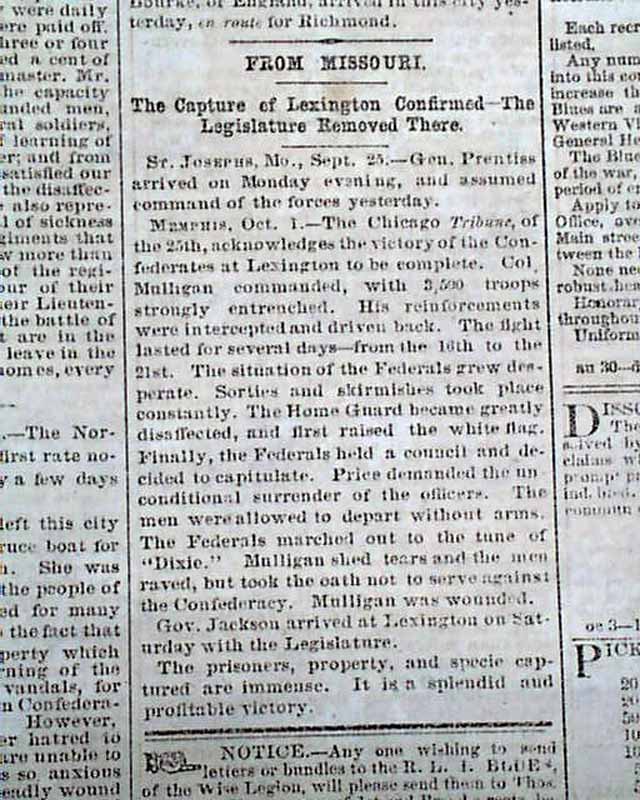 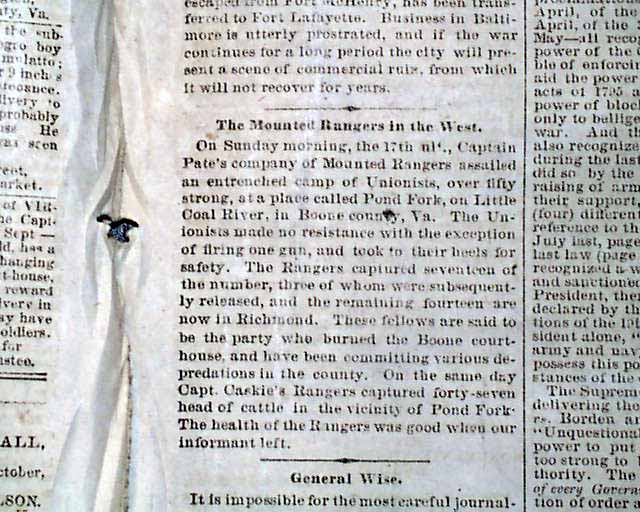 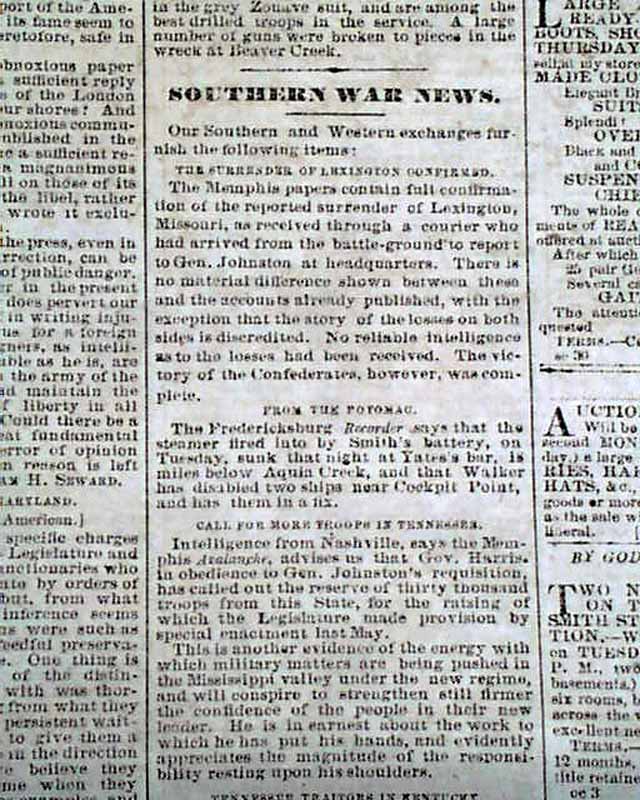