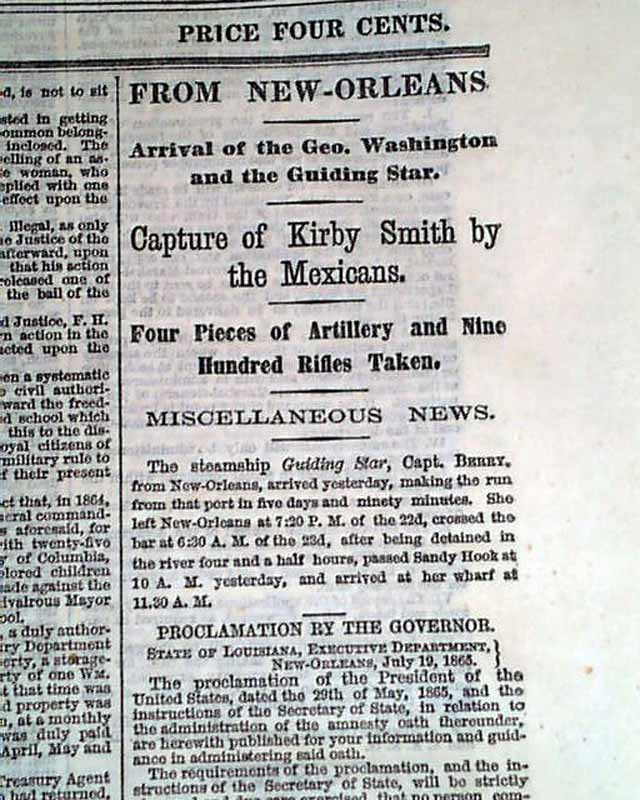 Among the front page heads: "Capture of Kirby Smith by the Mexicans" "Four Pieces of Artillery and Nine Hundred Rifles Taken". In the report it says in part: "Major Texxier...has just arrived... bringing intelligence of the capture of Gen. Kirby Smith and his entire party. He was intercepted... at Piedras Negras, Mexico, about fifty miles below Eagle Pass, and compelled to surrender." Also: "Indian Troubles--A Fight in the Platte Country" and more.
Eight pages, never bound nor trimmed, very nice condition.