Home > Back to Search Results > March on Rome... Benito Mussolini taking over....
Click image to enlarge 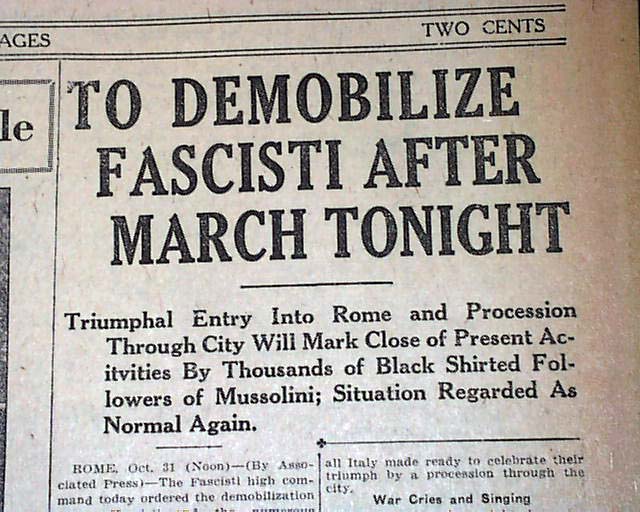 The top of the front page has a three column headline: "'TO DEMOBILIZE FASCISTI AFTER MARCH TONIGHT" with subhead. (see) Coverage on Benito Mussolini taking control of Italy's government with the march on Rome.
Other news of the day.
Complete with 14 pages, light toning and a little wear at the margins, generally nice.

wikipedia notes: The March on Rome was a coup d'état by which Mussolini's National Fascist Party came to power in Italy and ousted Prime Minister Luigi Facta. The "march" took place in 1922 between 27-29 October. On 28 October King Victor Emmanuel III refused his support to Facta and handed over power to Mussolini. Mussolini was supported by the military, the business class, and the liberal right-wing.