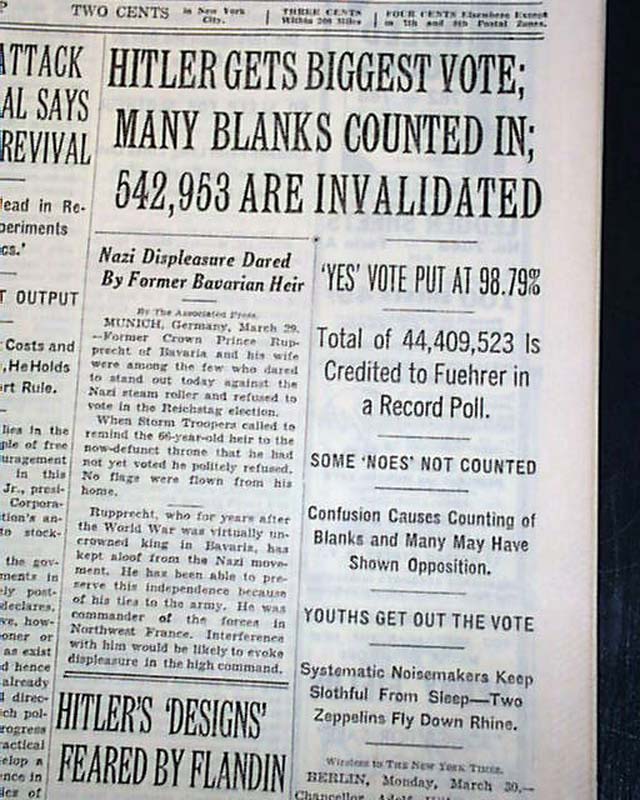 The top of the front page has a two column headline: "HITLER GETS BIGGEST VOTE; MANY BLANKS COUNTED IN; 542,953 ARE INVALIDATED" with subheads. (see)
Other news, sports and advertisements of the day. Complete with all 40 pages, rag edition in nice condition.