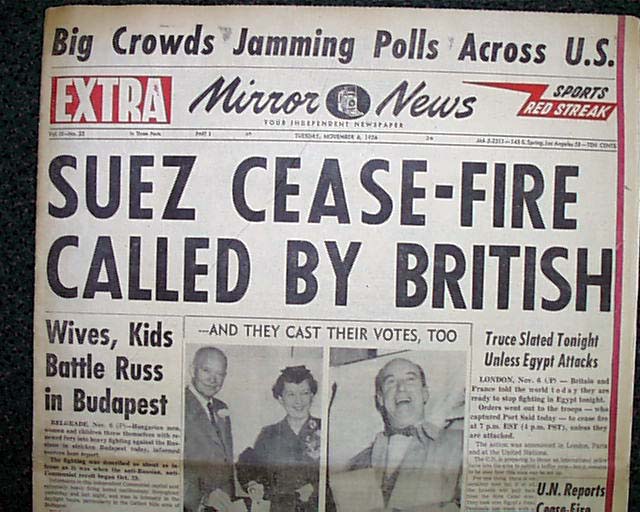 The front page has the bold, two-line banner heading: "SUEZ CEASE-FIRE CALLED BY BRITISH," with subhead, "Truce Slated Tonight Unless Egypt Attacks." Also found on the front page and within are articles related to the U.S. Presidential election, which includes multiple photos.
Other news of the day and period advertising are found throughout.
The issue is believed to be complete, but is being offered for the specified content. Slightly rough at the left spine, a bit of mid-fold browning, but otherwise nice.