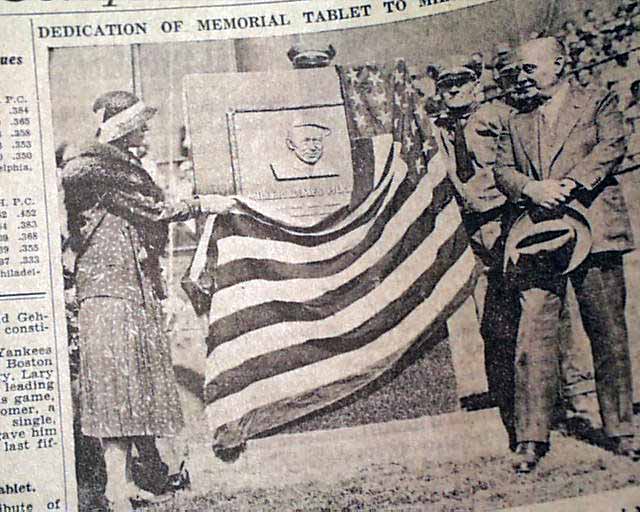 This 34 page newspaper has a four column headline on page 22: "45,000 See Yanks Conquer Red Sox Twice" with subheads that include: "Mayor Pays Tribute to Huggins, Extolling His as Sportsman, and Evokes Cheers" "Memorial Is Dedicated" and more with related photo. (see) Best title to have this in.

Also nice coverage of the Indianapolis 500 on the previous page. (see photos for headlines)