Home > Back to Search Results > Capture of Jefferson Davis...
Click image to enlarge 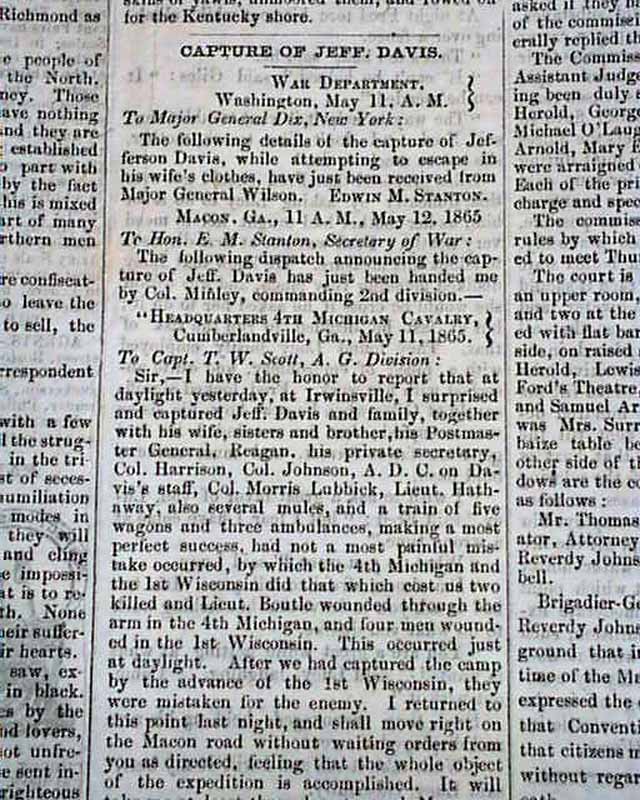 Page 4 has a column head: "Capture Of Jeff Davis" which begins: "The following details of the capture of Jefferson Davis, while attempting to escape in his wife's clothes, have just been received from Major General Wilson..." and what follows are the details in 3 reports, taking most of the column.
This article is followed by: "North Carolina Slaves". Four pages, some older tape mends inside, re-glued at the spine, otherwise good.