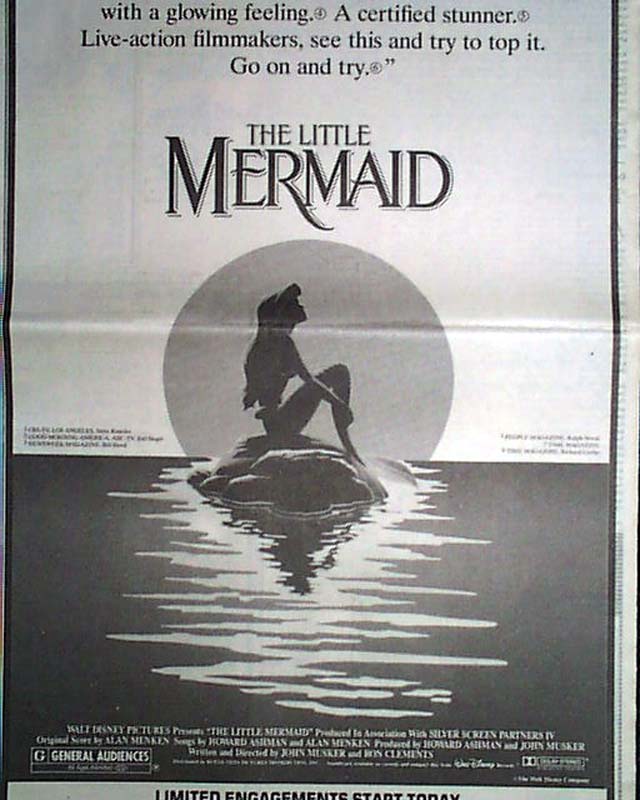 * "The Little Mermaid" (Disney) & "Steel Magnolias"
* Premier showings with both reviews & full-page ads
* Great (Best?) to have in a Hollywood regional newspaper

A terrific issue on the premiere of the motion pictures "The Little Mermaid" (Disney) & "Steel Magnolias" - and perhaps no better issue could be found than this, the leading newspaper from the home of the entertainment industry - the Hollywood area's prime publication. See images for details.

Also included on the front page of the Calendar Section is: "Toasting a Song-and-Dance Man," which is an article regarding a "toast" of Sammy Davis Jr. which includes a photo of he and Gregory Hines, and another of Eddie Murphy, Ella Fitzgerald, and Michael Jackson.

These issues are quite rare as it would not have typically been saved since it contains no historically significant content. Present are the complete 1st and Calendar sections. Great condition. 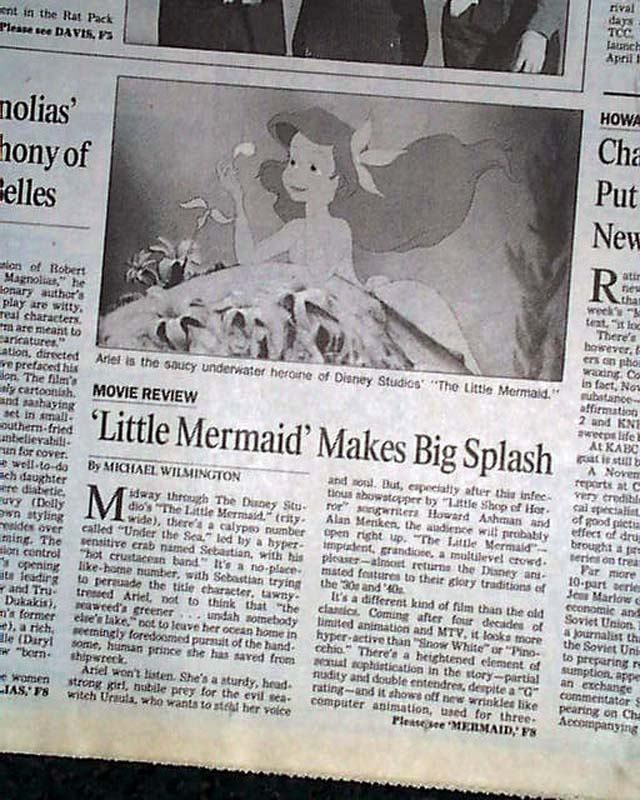 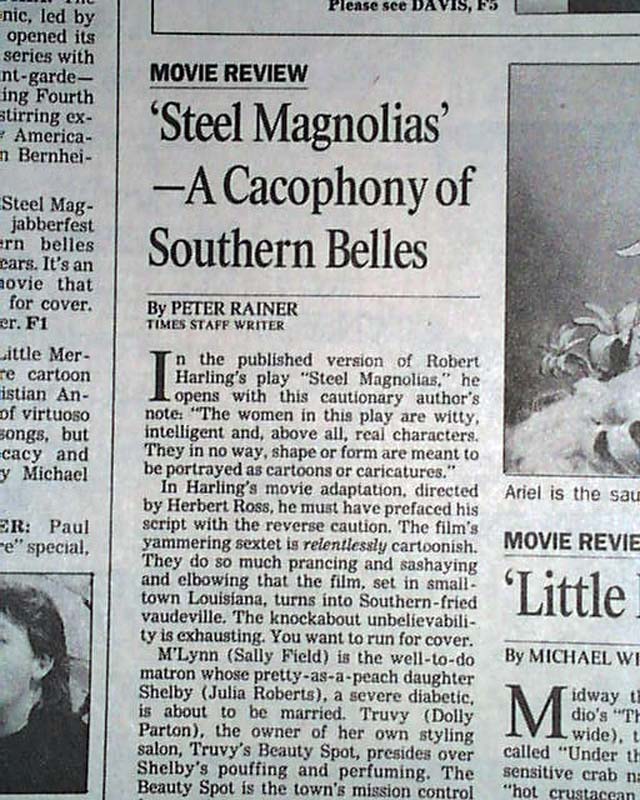 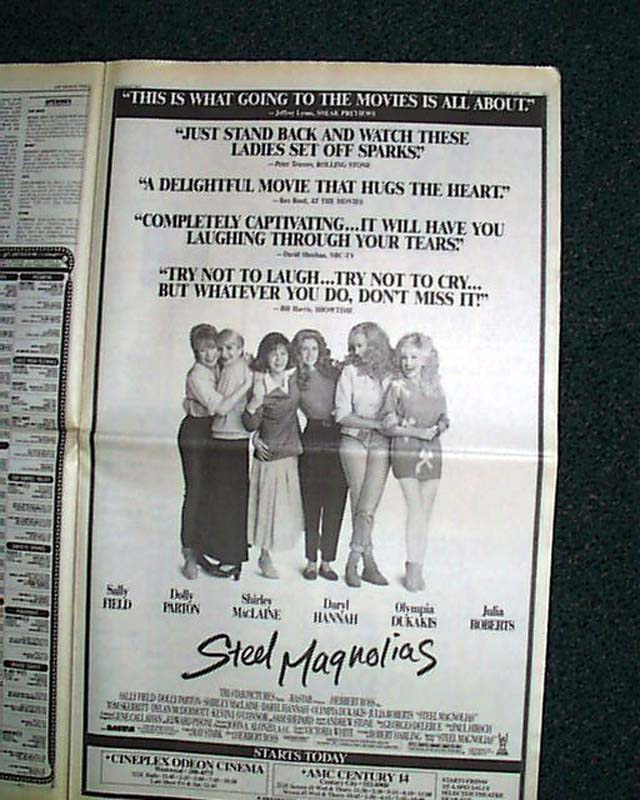 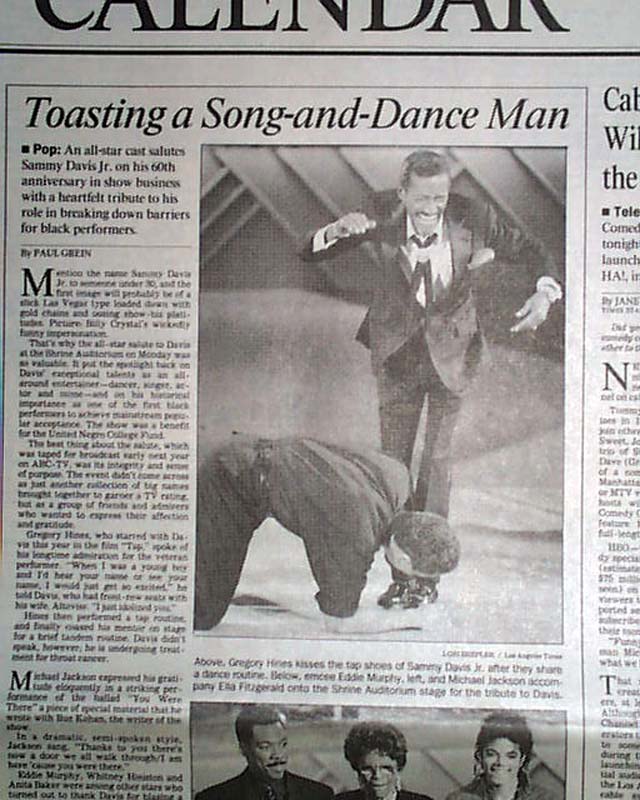 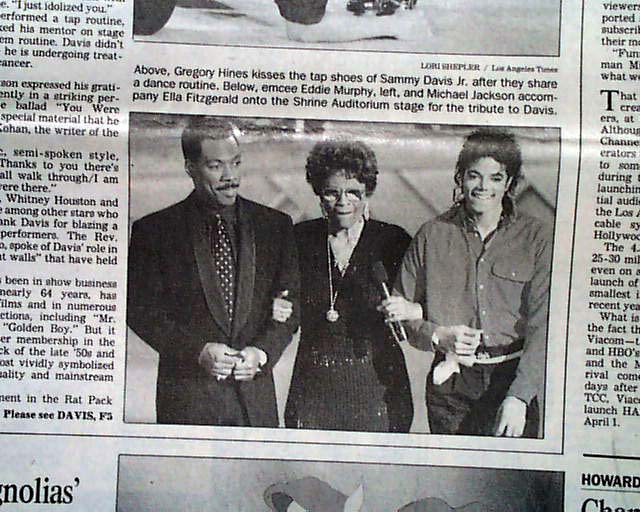 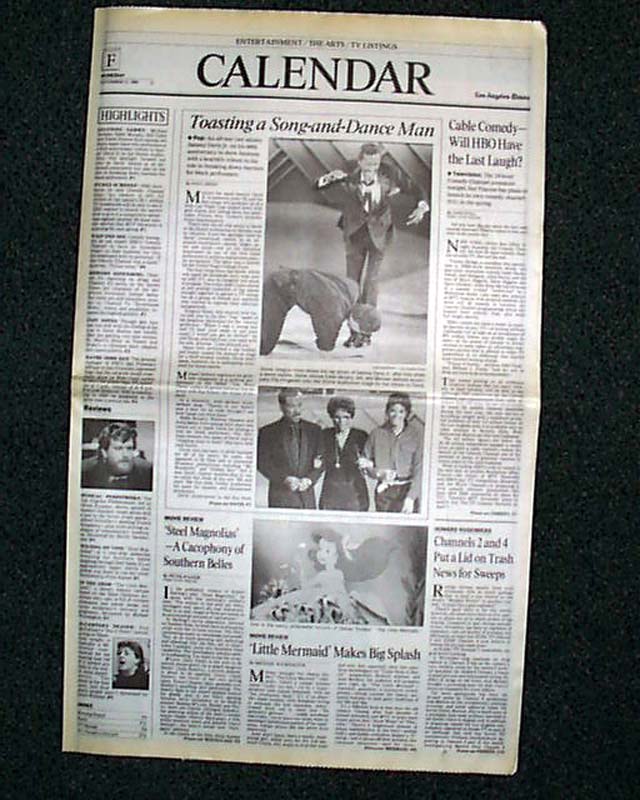 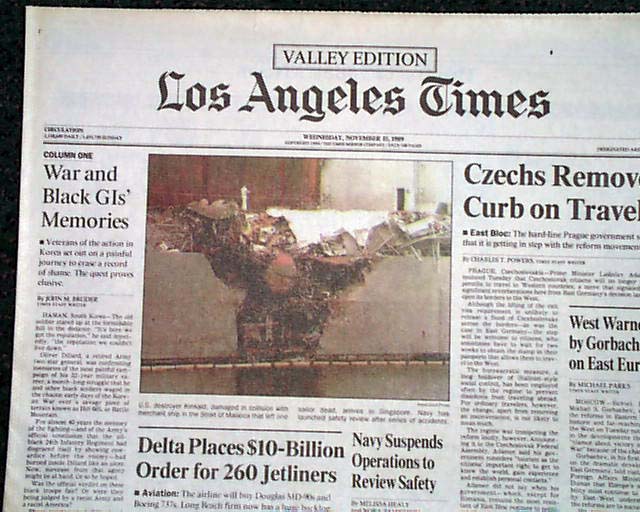 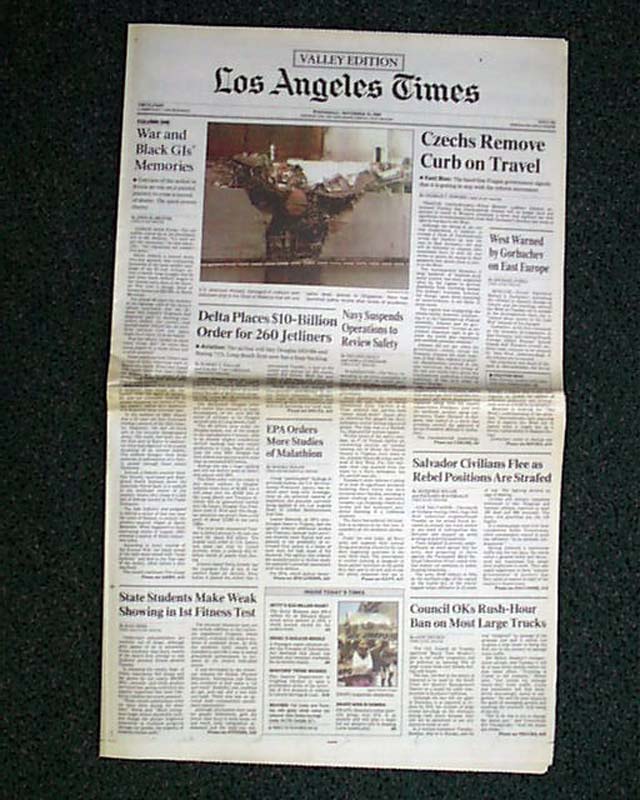