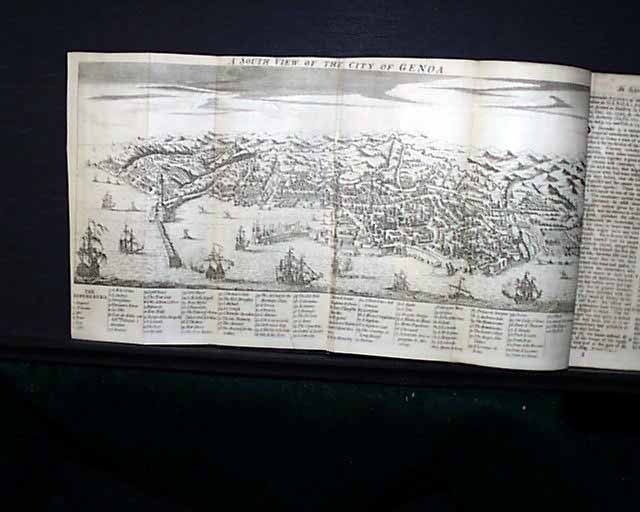 Item # 654924
THE GENTLEMAN'S MAGAZINE, London, April, 1747  Inside includes the well-known Ben Franklin item: "Speech of Molly Baker" (see hyperlink) To date, this is the earliest Ben Franklin appearance in a Gentleman's Magazine and perhaps within any British publication, as confirmed by the Franklin Papers, Yale University.
Nearly five pages are taken up with an: "Account of the Behaviour and Execution of the late Lord Lovat & some Further Particulars of his Life". Included are the details of his execution on Tower Hill (see). Lovat was involved in the Jacobite Rebellion.
The called for map/plate: "A South View of The City of Genoa" is terrific folding out to measure 15 by 8 1/2 inches & has over four pages of text: "A Particular Account of the Insurrection of Genoa...". Further on is: "Further Particulars of the Revolution in Genoa...".
Two pages are taken up with a: "List of Ships Taken on both Sides", including several which were bound to or from the North America & the West Indies.
An article includes an interesting illustration described as: "Method to Warm Rooms by the Steam of Boiling Water" is much like present-day hot water heating systems (see).
Nearly 3 pages are taken up with: "An Account of a Description of Iceland and Groenland" [Greenland].
Near the back is the "Historical Chronicle" which has various news reports from throughout Europe. Included is an article beginning: "Lord Loval was beheaded on Tower Hill. Just before he came from the Tower..." (see).
Complete in 48 pages, 5 by 8 1/4 inches title/contents page with an engraving of St. John's Gate, great condition. 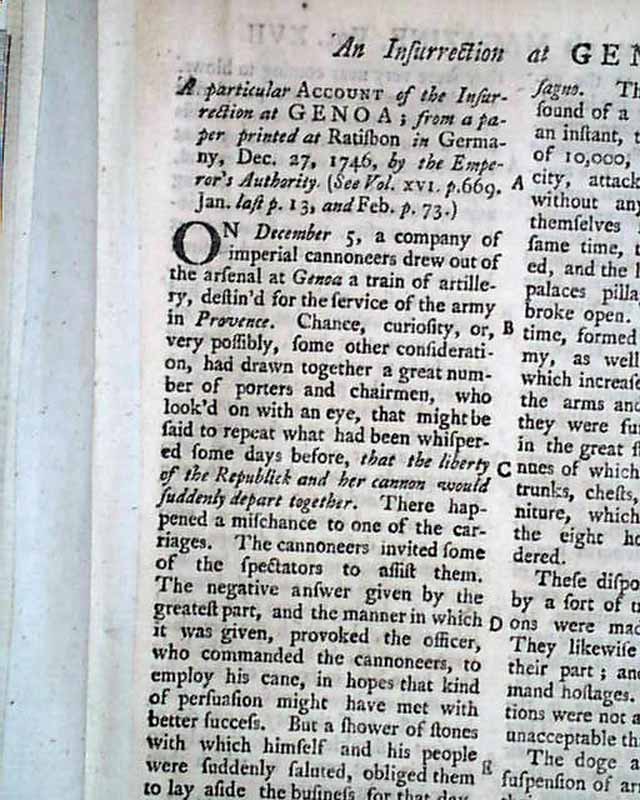 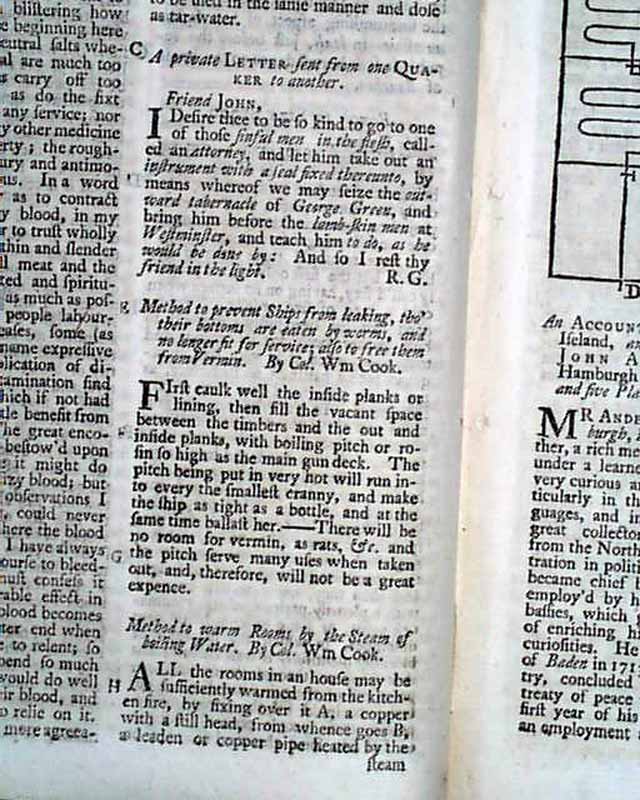 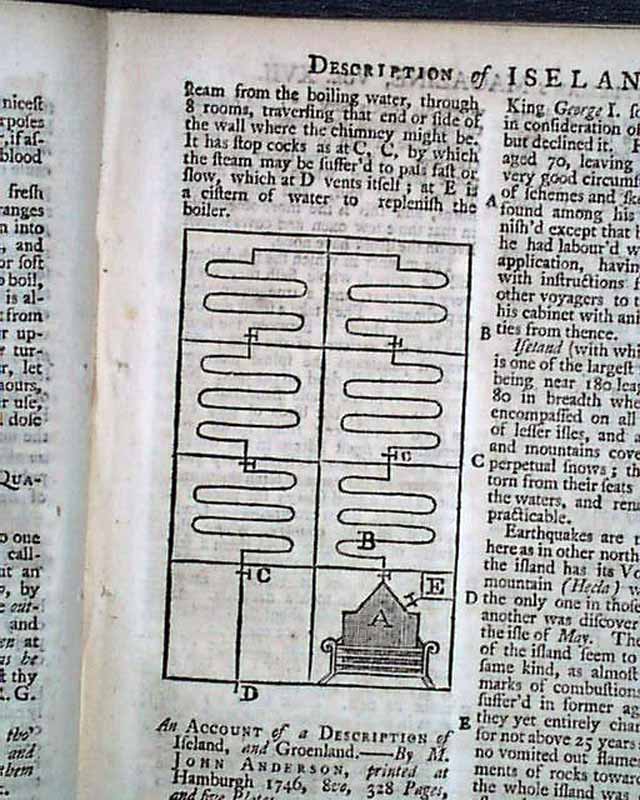 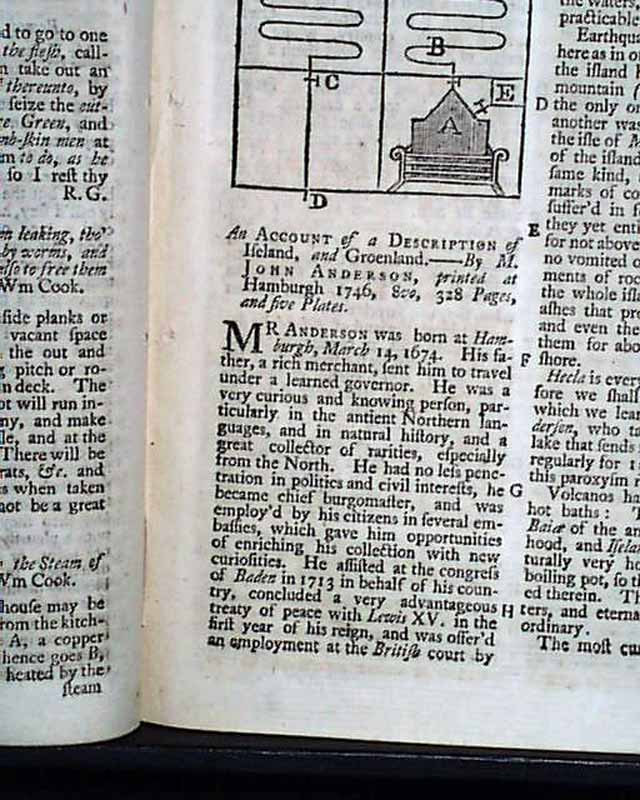 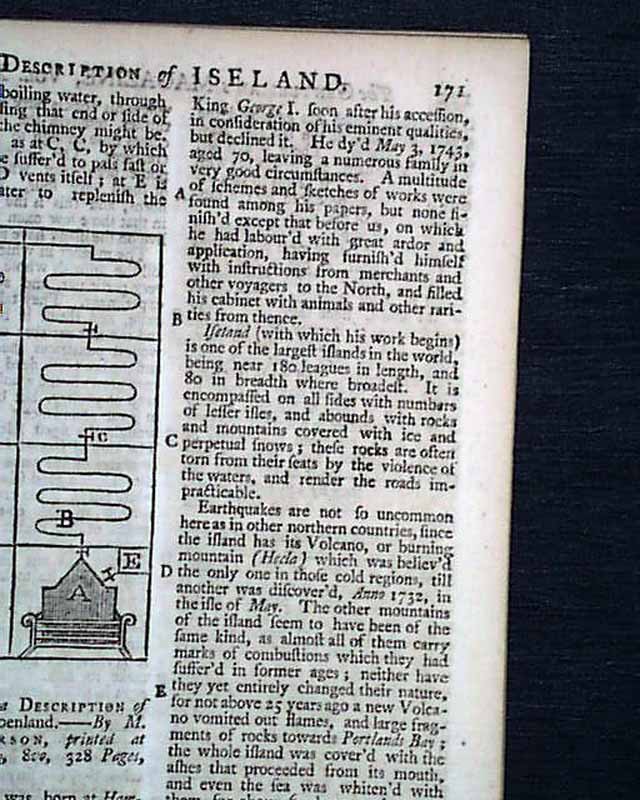 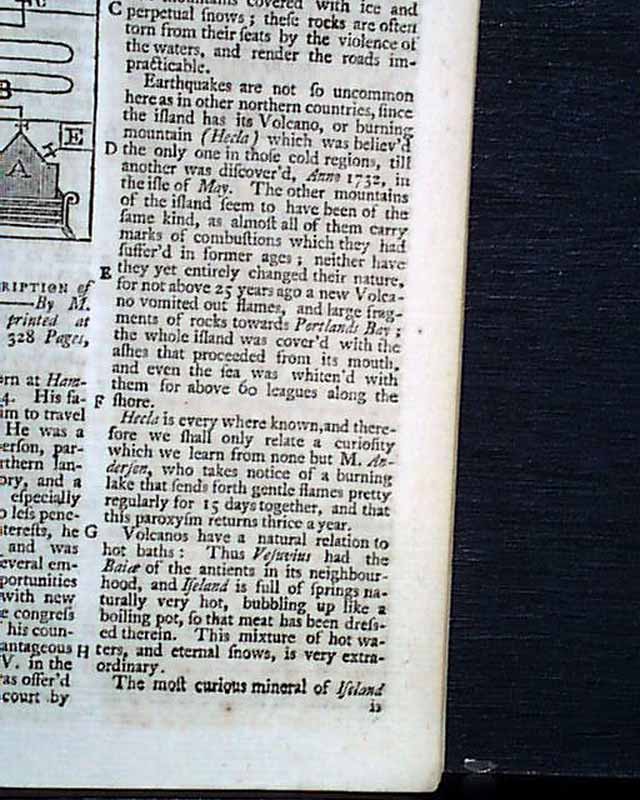 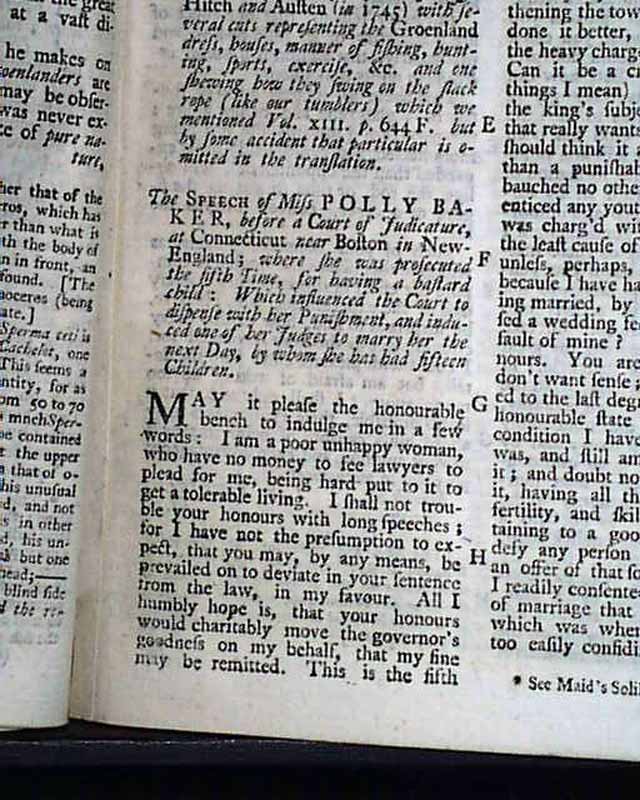 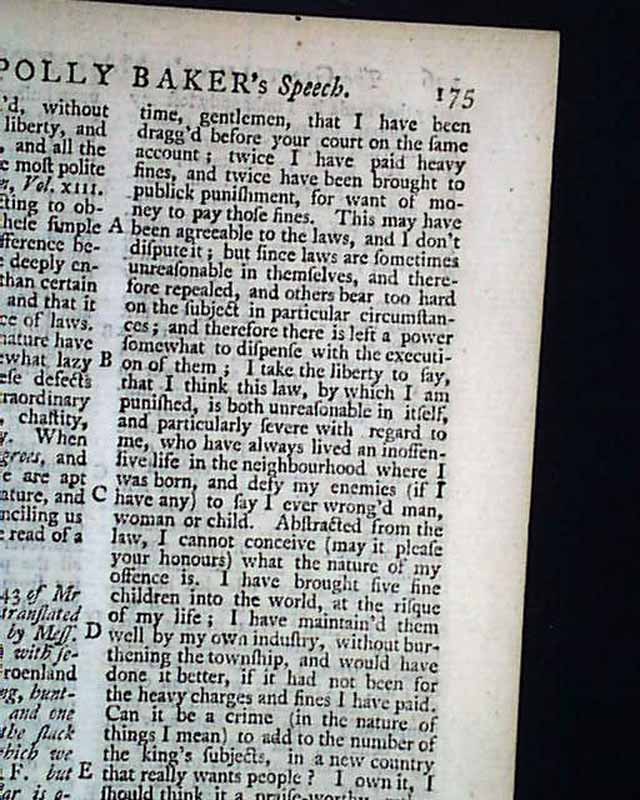 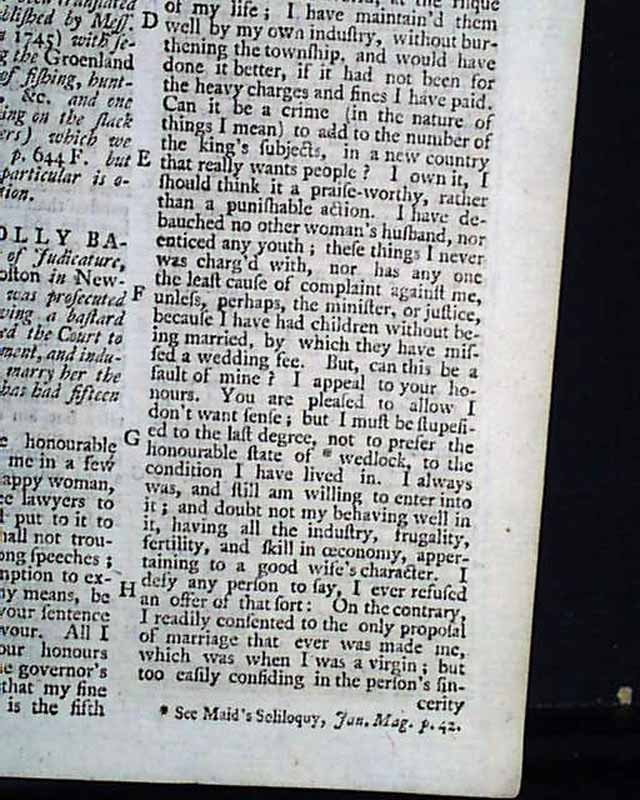 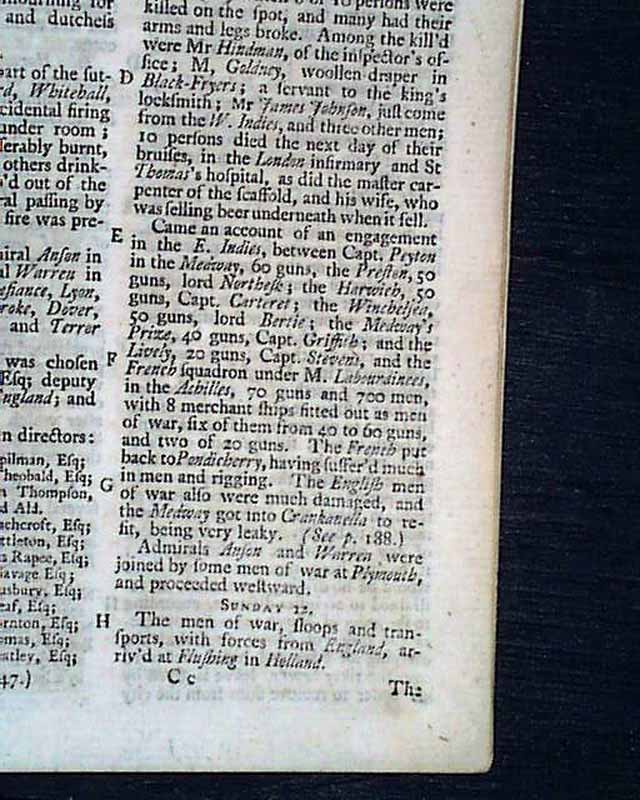 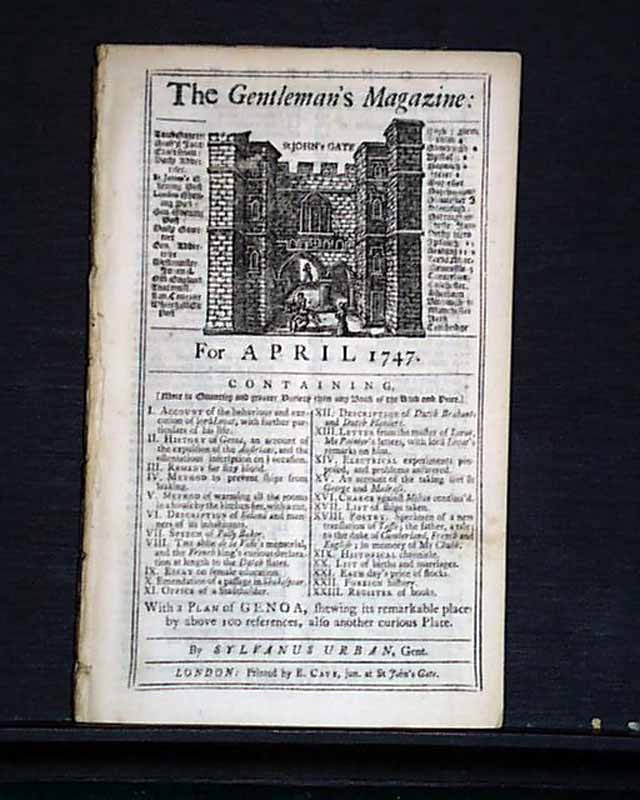