Home > Back to Search Results > A report from the French & Indian War...
Click image to enlarge 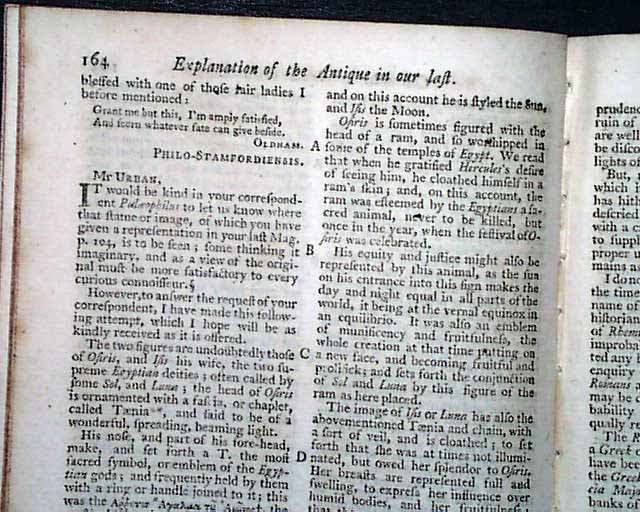 A report from the French & Indian War...

THE GENTLEMAN'S MAGAZINE, London, April, 1755  Among the articles in this issue are: "Humorous Account of the Pedigree of Race Horses" which has as a page headed: "Scheme for Improving the Breed of Jockeys"; "An Enquiry into the Origin of the Romans" and much more.
Near the back is the "Historical Chronicle" which has the latest news report of the day, including the lead article coming from Pennsylvania, noting: "...received intelligence that a body of 6000 of the best troops in France were arrived at the lower fort upon the Ohio within a few days march of Philadelphia..." with more (see). Further on is a brief report from South Carolina (see).
One of the two full page plates called for is present (see).
Complete in 48 pages, 5 by 8 1/4 inches, full title/contents page featuring an engraving of St. John's Gate, tiny binding holes along the left spine, otherwise in nice condition. 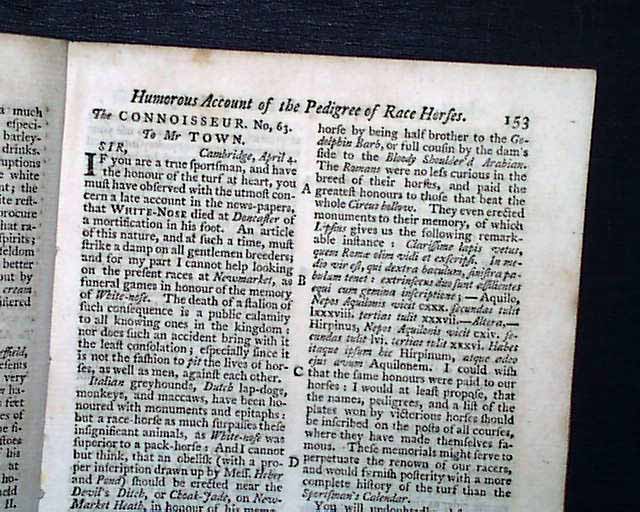 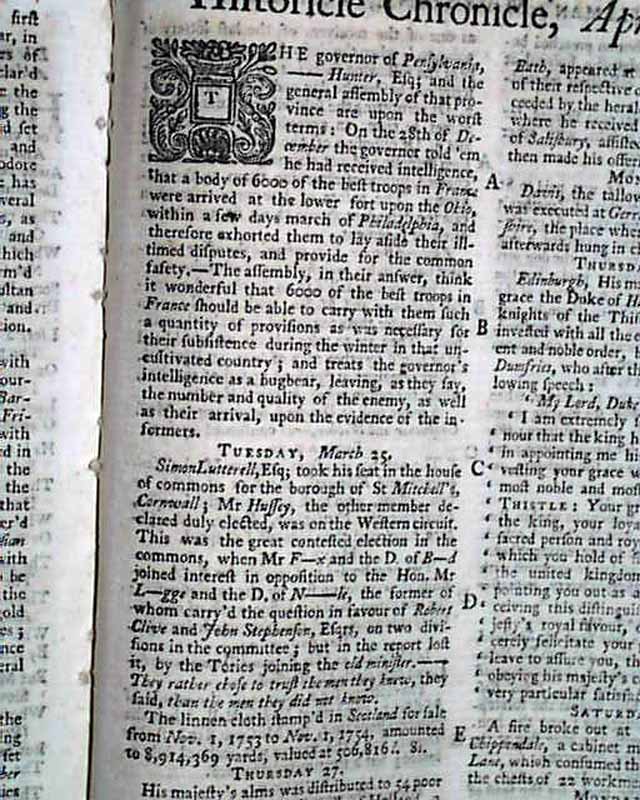 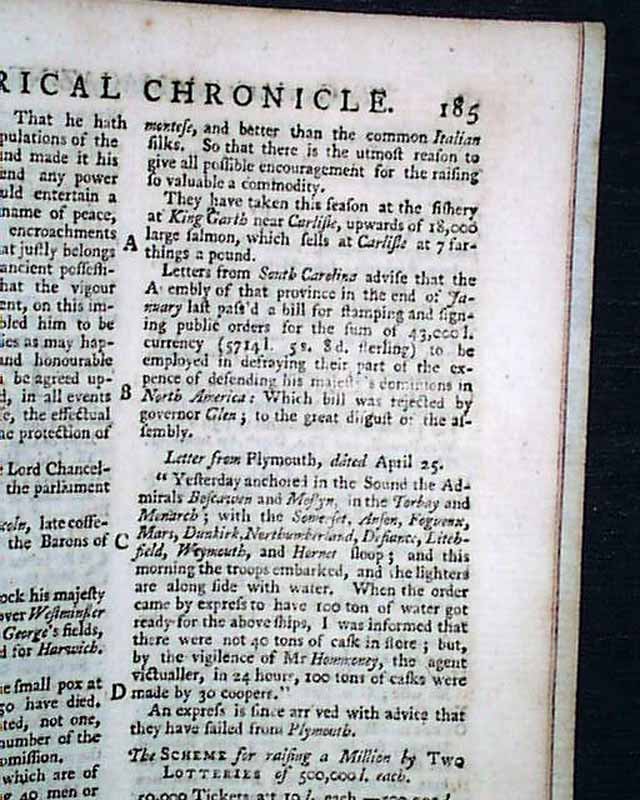 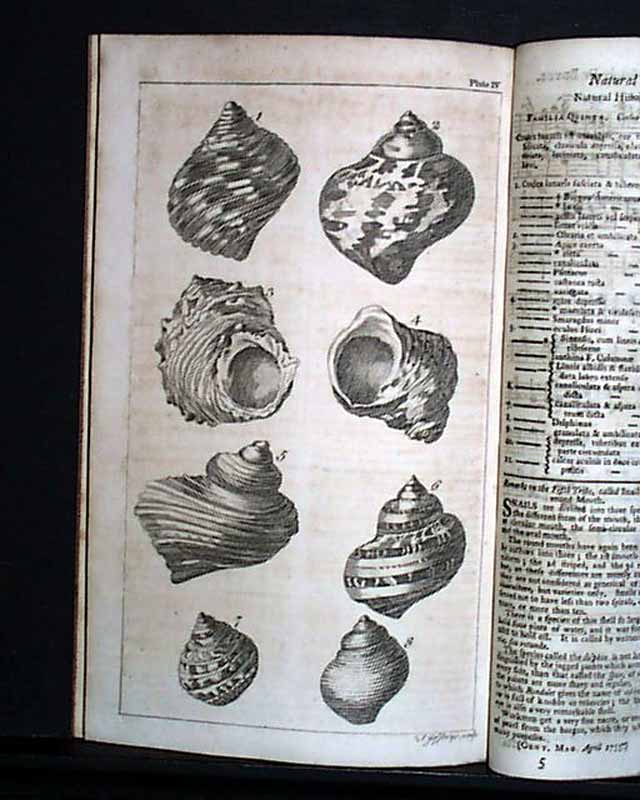 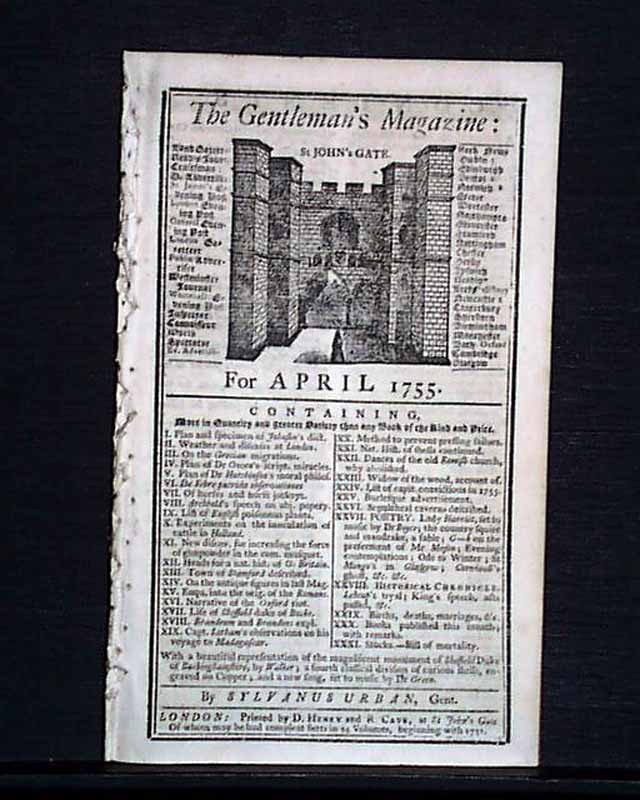