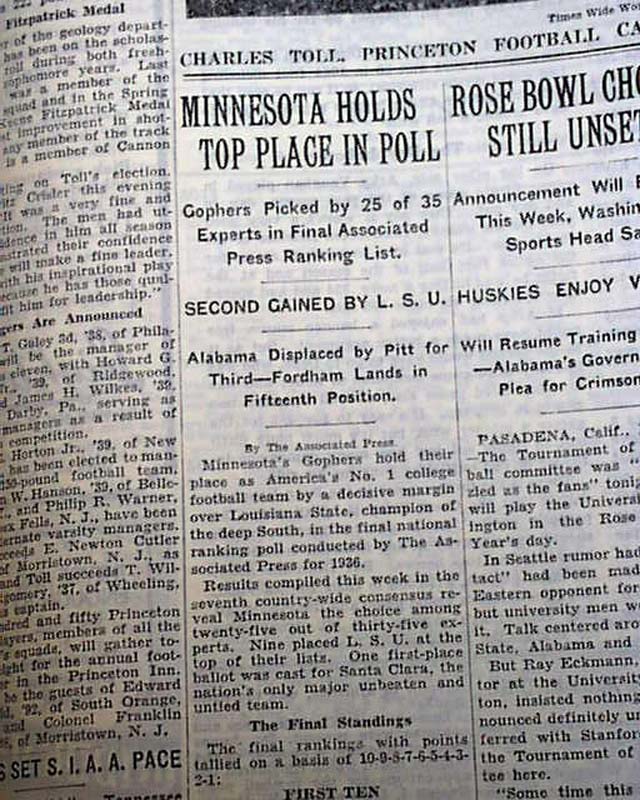 The sport's section (page 33) has one column headings: "MINNESOTA HOLDS TOP PLACE IN POLL" "Gophers Picked by 25 of 35 Experts in Final Associated Press Ranking List" and more with standings (see photos) First report coverage on the Minnesota Gophers officially being named national champions of college football by the associated press (AP poll). This was the very 1st year that the AP poll was in effect.
Other news, sports and advertisements of the day. Complete in 50 pages, rag edition, some residue along the spine from disbinding, otherwise very nice.