Home > Back to Search Results > From shortly before it becoming a Confederate city...
Click image to enlarge 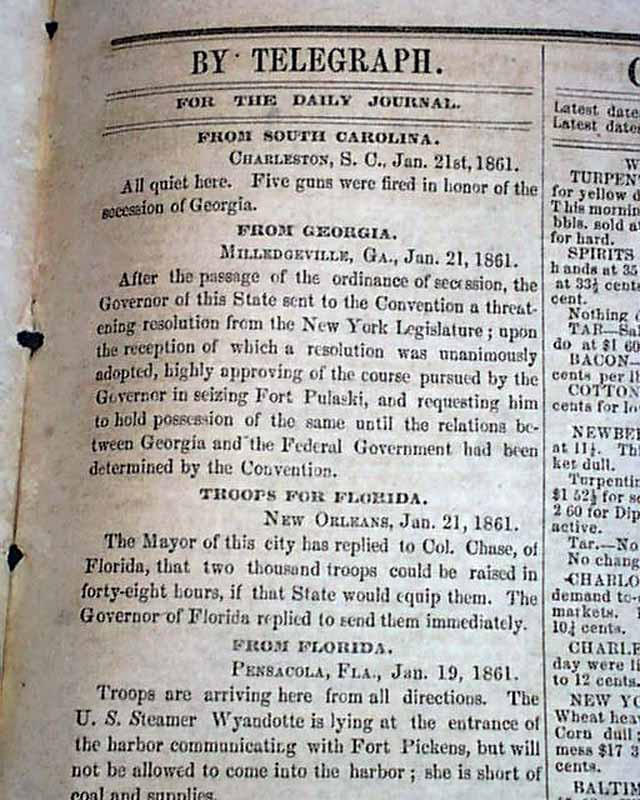 From shortly before it becoming a Confederate city...

From this famous soon-to-be-Confederate port city. Page 2 items include: "The Armament of North Carolina" "Payment of Duties in Seceding States" "Munitions of War" "Letter from General Lane" "Flag Raising! Secession & Southern Rights!!" "Illinois Democratic Convention--Important Resolution on the Crisis" & more.
Page 3 has a few war-related items as well including a report from Milledgeville noting in part: "After the passage of the ordinance of Secession, the governor...sent...a threatening resolution...seizing Fort Pulaski & requesting him to hold possession of the same until the relations between Georgia & the Federal Government had been determined...". Pg. 3 also has a "$150 Reward!" for a runaway slave, with two small illustrations.
Four pages, very nice condition.