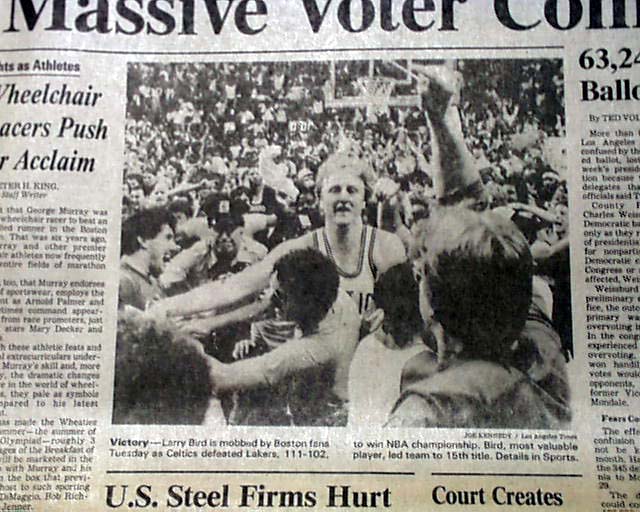 The front page has a photo showing Larry Bird amongst fans rushing the court after the game. (see) The front page of the sport's section has a banner headline: "Another Banner Night for the Celtics" with subheads and a few related photos. Much more inside this section. First report coverage on the Boston Celtics defeating the Los Angeles Lakers for the NBA championship. Nice to have from the city of the losing team.
Complete 1st and sport's sections only with a total of 40 pages, nice condition.