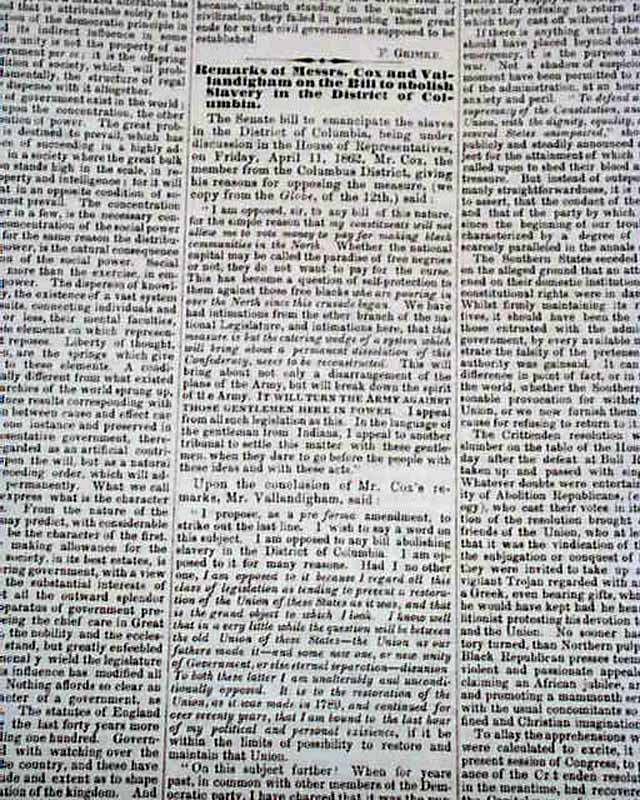 
THE CRISIS, Columbus, Ohio, April 30, 1862  Among the articles within are: "A Serious Talk with Serious Men" "Emancipation of Slaves" "...on the Bill to abolish Slavery in the District of Columbia" "War News of the Week" "Free Negroes in Ohio" "The Massacre at Lee's Mills" and so much more.
Eight pages, very nice condition.