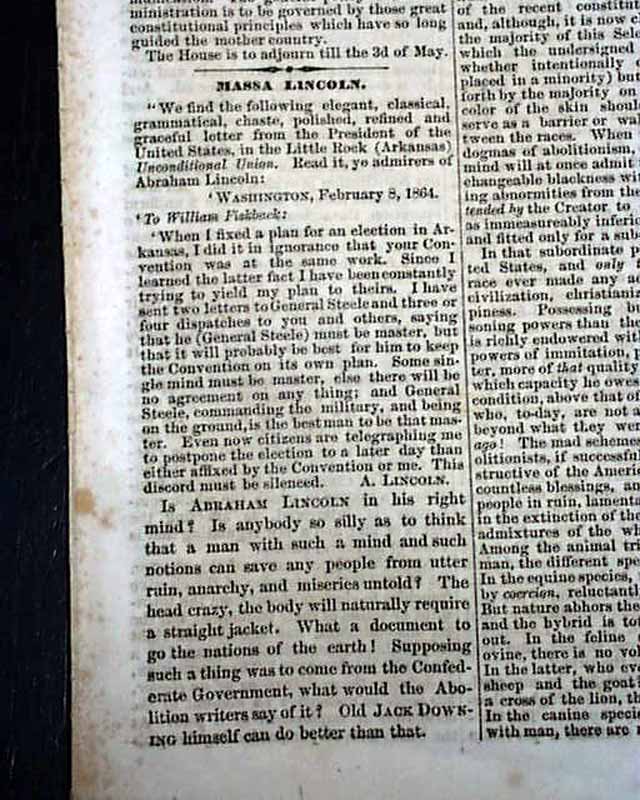 
THE CRISIS, Columbus, Ohio, April 6, 1864  Among the front page reports are: "Mixing The White and Black Races in Ohio" which takes 2 1/2 columns. Also: "A Letter From the Army" "Massa Lincoln" "Mr. Lincoln's Re-Election and Rebel Discouragement" and more.
Other items inside include: "War News of the Week" "Gen. Banks's Order" "The German Movement for Fremont--Progress of the War Against Lincoln" "John Morgan's
Brother Gives an Account of His Treatment in the Ohio Penitentiary--Shocking & Disgraceful Barbarity to Prisoners of War" and so much more.
Eight pages, never bound nor trimmed, some foxing, nice condition.