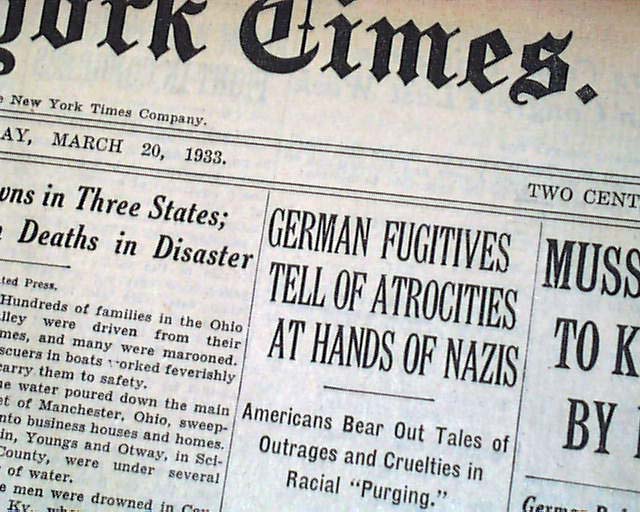 The front page has one column headings that include: "GERMAN FUGITIVES TELL OF ATROCITIES AT HANDS OF NAZIS" "Americans Bear Out Tales of Outrages and Cruelties in Racial 'Purging'" "Jews Flee Persecution" "All News Is Censored" and more. (see) Coverage on the persecution of the Jewish population in Germany. This was when Adolph Hitler was quickly gaining power and the establishment of the Third Reich was near completion. What better evidence to confirm of what really happened then having a 1st hand account from the day it was first reported. Always nice to have notable events in history reported in this World famous publication.
Other news, sports and advertisements of the day. Thirty-two pages, a few cutouts within but not on the front page nor where the mentioned articled continues, light toning and minor wear at the margins, otherwise good.