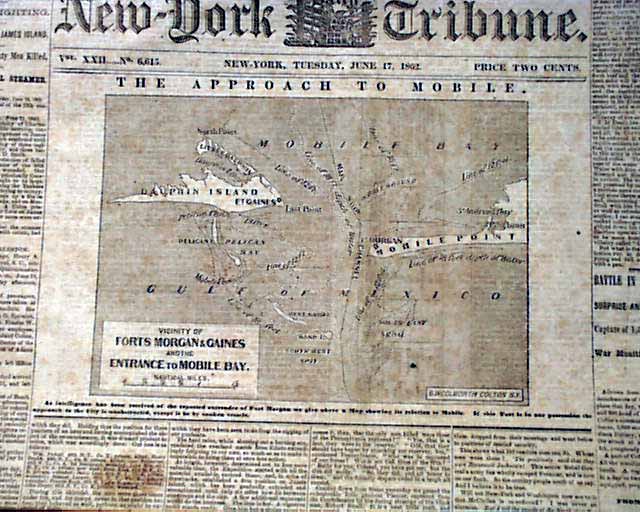 
NEW YORK TRIBUNE, June 17, 1862  The front page is dominated by a nice map headed: "The Approach To Mobile" and also: "Vicinity of Forts Morgan & Gaines and the Entrance To Mobile Bay."
Among the ftpg. column heads on the Civil War: "The Attack on Charleston" "Continued Fighting" "A Georgia Colonel & Sixty men Killed" "Battle In The Indian Country" "Surprise & Defeat of the Rebels" and more.
More war reporting on inside pages as well. Eight pages, never bound nor trimmed, light foxing, generally good. 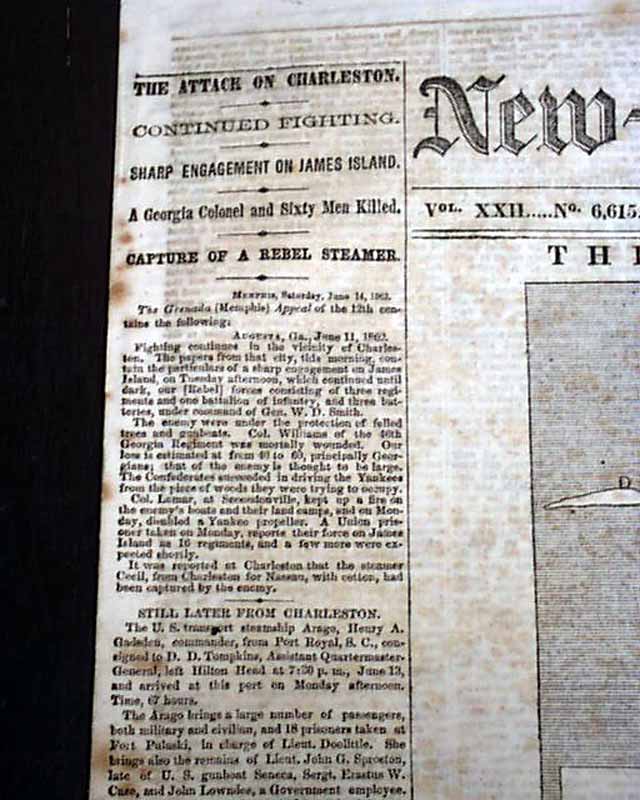 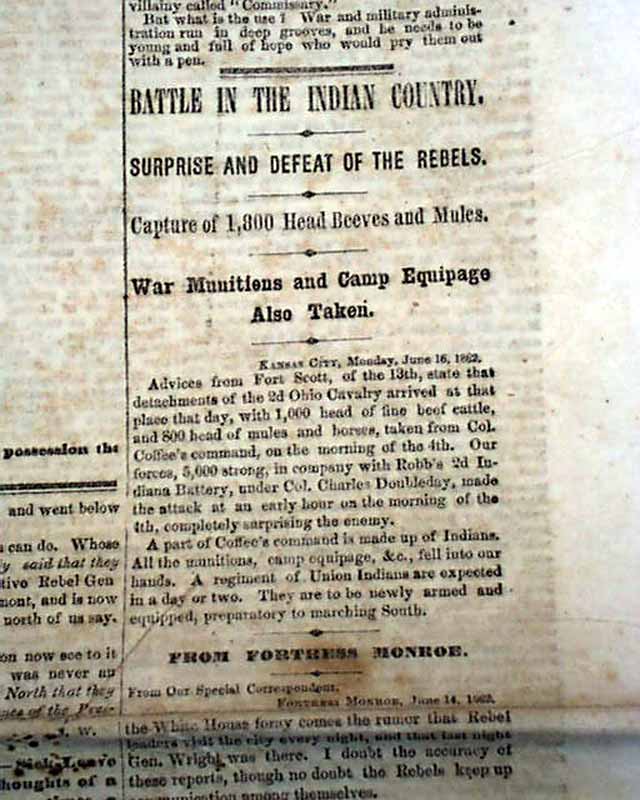 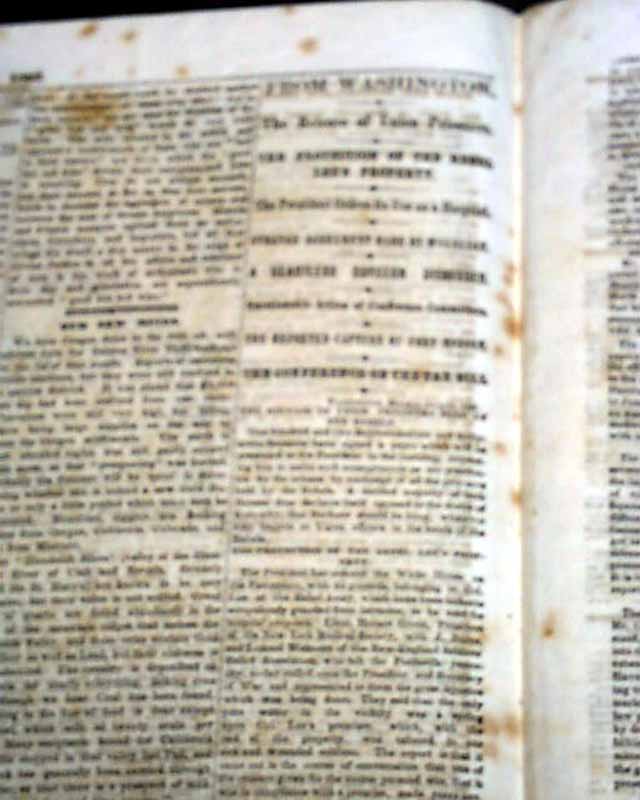 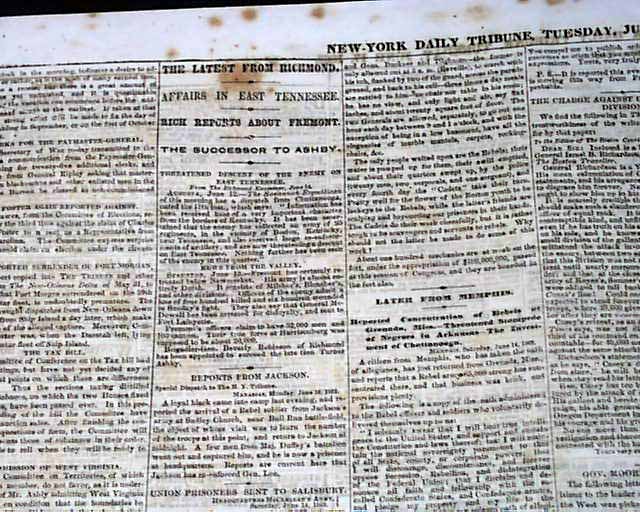